It's after Thanksgiving, which makes it safe to break out the holiday tunes without being overly annoying. These are the disks I keep spinning between Turkey Day and Dec. 25,  followed by a few new for 2011 releases. 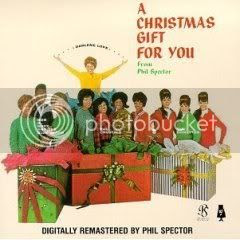 A Christmas Gift for You from Phil Spector

Nothing says "Christmas" more than an album produced by a megalomaniacal convicted murderer with a Napoleon complex. But, seriously, this is a great, charming album with lots of upbeat, exuberant tracks from Darlene Love, the Ronettes, the Crystals and others--all backed by the fabulous Wall of Sound. 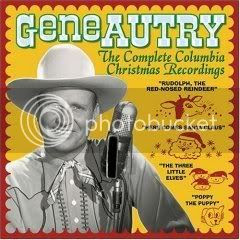 I had Gene's original "Rudolph the Red-Nosed Reindeer" album as a kid and listening to it was an annual tradition. His take on these seasonal favorites is so gentle and warm, plus his great spoken introductions--he nails what the season is all about: Family and friends and kids having fun.

This remastered, expanded collection was created in conjunction with the Autry estate and includes his original "Rudolph" album along with other Christmas tunes, including a couple of duets recorded with Rosemary Clooney. 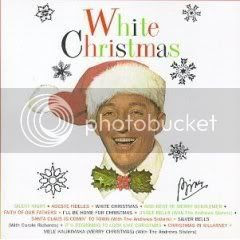 C'mon! Do I really need to explain why everyone needs this? The seminal version of "White Christmas," anyone? Plus, better yet, "Mele Kalikimaka"! 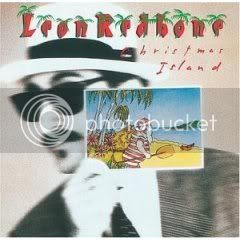 I got this one five or six years ago and it's become probably my most-played Christmas album. It's joyful and warm, just like Autry's Christmas recordings. The old timey arrangements and Redbone's one-of-a-kind mumbly vocals evoke a time when the snow was deeper, the air was colder, the fire was warmer and Christmas day seemed to last forever. 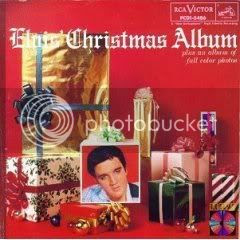 For crying out loud, read what I said about Bing Crosby's album up above! If you can hear music, you need this. It's nostalgic and campy but fun and beautiful to boot. Plus, it really shows the King's vocal range, from the the reverent gospel vocals of "Peace in the Valley," the blue crooning of "I'll Be Home for Christmas" to the rocking "Santa Bring My Baby (Back to Me)." 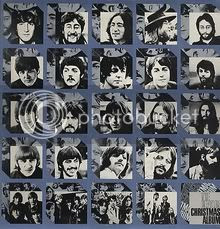 Some day Apple will put this out as an official release and rest of the world (not just we Beatlemaniacs) will be able to experience the zany, funny Christmas recordings the Fabs' used to send out to their fan club members on flexi-disks each December.

If you haven't heard 'em, don't go in expecting a lot of Christmas carols and holiday standards. The "songs" that do appear--"Christmas Time is Here Again" and "This is to Wish You a Merry, Merry Christmas"--are dashed off and fragmentary. These releases are more about humor than music.

The records are full of "Goon Show"-style jokes and general goofing around. The group's exuberance and joyfulness come through loud and clear. You can hear how much they enjoyed being Beatles. Until they didn't. The 1968 and 1969 recordings, you can tell, were all recorded individually, apart from one another. But the Fabs still cared enough about their fans to make an effort.

Like I said, they haven't been officially released. But Google around a bit and you can find sound files for them. The pic above is the cover of the compilation LP of Christmas recordings the Beatles Fan Club sent out to fans in 1970, after the group had broken up. 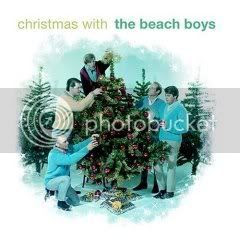 Christmas with the Beach Boys

The original 1964 Beach Boys Christmas LP featured lots of Four Freshman-style takes on holiday standards over big band and string arrangements along with a handful of excellent Brian Wilson-penned originals. The best-known of those, of course is "Little Saint Nick," but others, like "The Man With All the Toys," are great too.

This expanded version includes later, not as good, Christmas recordings by the band along with some outtakes -- but why not have the works? 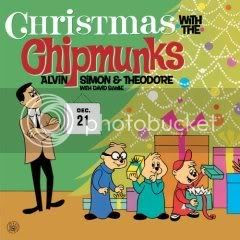 Christmas with the Chipmunks

As a toddler, I threw a copy of this LP across the room and smashed it to bits. I'm not sure if that was due to my age or whether I was annoyed by the Chipmunks' sped-up, screechy singing. Either way, destroying the record meant that I was missing out on a lot of goofy, nostalgic fun. I should buy the CD so my kids can annoy me with it. 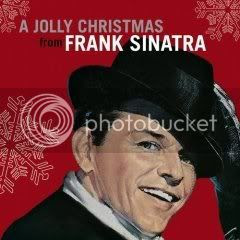 A Jolly Christmas from Frank Sinatra

Nothing says Christmas like an LP of songs sung by a short-fused, pugilistic egomaniac with possible mob ties. Really, though, Christmas songs are some of the best songs around, and Sinatra was one of the best singers. The combination is pretty much what you'd expect. Nice to have on while you sip a glass of eggnog or something stronger. Plus, you gotta dig Frank's hipster ad libs, ring-a-dings and singing-behind-the-beat brilliance. 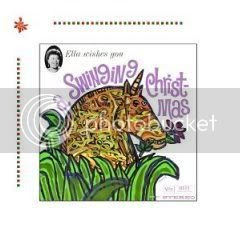 Ella Wishes You a Swinging Christmas by Ella Fitzgerald

See what I said with Sinatra re: matching great music with a great singer. This one's a beauty. 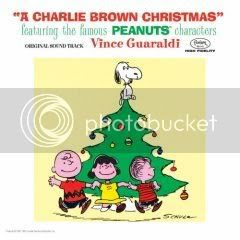 It's Christmas, right? This one is a must if just for the melancholy "Christmas Time is Here." Plus you get the rollicking "Linus and Lucy." 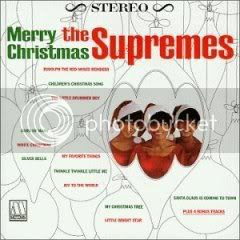 Merry Christmas by the Supremes

Don't they look cute in their Santa hats? They sound great, too, especially on the hip "Little Bright Star," which coulda shoulda been a Motown hit as great as any other. 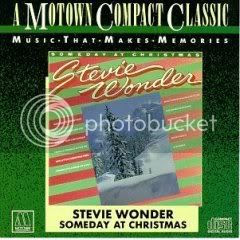 Someday at Christmas by Steve Wonder

Not content with standards, Stevie put a few originals on his Christmas LP, too, including the upbeat "What Christmas Means to Me." 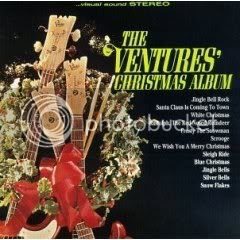 I don't know if these surfers ever saw snow, but they twang'n'reverb a good carol. Part of the fun of this one is spotting the then-current pop tune the group quotes before launching into the Christmas song--like the Beatles' "I Feel Fine" that turns into "Rudolph the Red-Nosed Reindeer." What an insane, inspired idea.

A Very She & Him Christmas