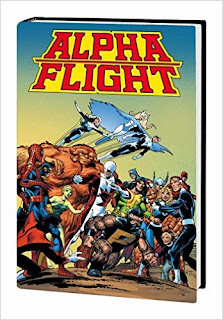 AVENGERS EPIC COLLECTION: ONCE AN AVENGER
Volume #2 in the Avengers Epic Collections Written by STAN LEE & ROY THOMAS Penciled by DON HECK Cover by JACK KIRBY When Stan Lee turned the super hero world on its head by replacing Avengers founders Iron Man, Thor, Giant-Man and Wasp with a trio of former super villains, readers thought he'd gone mad. As it turned out, the only thing crazy was how insanely exciting the lineup of Captain America, Hawkeye, Quicksilver and Scarlet Witch would become! And the hits kept coming -- with the first appearances of the Collector, the Swordsman and the Sons of the Serpent; the Black Widow's AVENGERS debut; and Giant-Man's transformation into Goliath! And despite the unbelievable heights the Avengers had reached under Lee, the sky was the limit when he passed the title to Roy Thomas! Collecting AVENGERS (1963) #21-40. 440 PGS.

CAPTAIN BRITAIN: LEGACY OF LEGEND
Written by CHRIS CLAREMONT, STEVE PARKHOUSE, DAVE THORPE, ALAN MOORE & JAMIE DELANO Penciled by HERB TRIMPE, JOHN BYRNE, JOHN STOKES, STEVE PARKHOUSE & ALAN DAVIS Cover by ALAN DAVIS Honor four decades of myth and majesty with the United Kingdom's greatest hero! Follow Brian Braddock -- handpicked for greatness by the sorcerer Merlyn -- from the fateful decision that imbues him with the might of right on the path to glory that will make him protector of the Omniverse! Along the way, he'll make a splash stateside in a team-up with Spider-Man and fight alongside the Black Knight in the name of King Arthur! Things go from fantasy to far-out as Brian goes Multiversal -- facing Slaymaster, the Crazy Gang, Mad Jim Jaspers and the Fury! He's Britain's champion -- now and forever! Collecting CAPTAIN BRITAIN (1976) #1-2; MARVEL TEAM-UP (1972) #65-66; and material from HULK COMIC #1 and #3-5, INCREDIBLE HULK WEEKLY #57-59, MARVEL SUPER-HEROES (UK) #377-384 and #386, DAREDEVILS #3-4, MIGHTY WORLD OF MARVEL (1983) #8-12 and CAPTAIN BRITAIN (1985) #14. 208 PGS.

CAPTAIN MARVEL BY JIM STARLIN COMPLETE COLLECTION
Written by JIM STARLIN with STEVE ENGLEHART, MIKE FRIEDRICH & STEVE GERBER Penciled by JIM STARLIN Cover by JIM STARLIN The ultimate collection of the creator that defined Captain Marvel! Under the aegis of writer/artist Jim Starlin, CAPTAIN MARVEL evolved into one of comics' most influential titles. Starlin stripped the Kree Captain to his core and resurrected him as a truly cosmic hero. This may have been Starlin's first super-hero saga, but it introduced some of his signature characters -- including Drax the Destroyer and Mar-Vell's nemesis, Thanos! As Thanos' mad quest for unlimited power rages, Captain Marvel teams with the Avengers for a truly epic confrontation! Years later, Starlin returned for the strikingly personal and moving "Death of Captain Marvel" -- and rewrote the rule book on a super hero's passing. Collecting CAPTAIN MARVEL (1968) #25-34, IRON MAN (1968) #55, MARVEL FEATURE (1971) #12, MARVEL GRAPHIC NOVEL #1 and material from DAREDEVIL (1964) #105 and LIFE OF CAPTAIN MARVEL #1-5. 352 PGS. 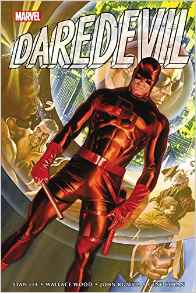 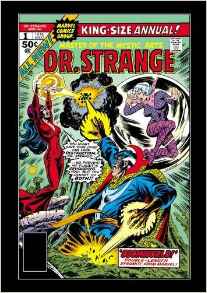 DOCTOR STRANGE: WHAT IS IT THAT DISTURBS YOU, STEPHEN?
Written by MARC ANDREYKO, P. CRAIG RUSSELL, MARV WOLFMAN, GARDNER FOX, RALPH MACCHIO, CHRIS CLAREMONT, MIKE W. BARR, PETER B. GILLIS & MORE Penciled by P. CRAIG RUSSELL, TOM SUTTON, MICHAEL GOLDEN, MARSHALL ROGERS, SANDY PLUNKETT & CARMINE INFANTINO Cover by DAVE COCKRUM Magical tales from a spellbinding artist! P. Craig Russell brings his distinctive style to Doctor Strange in an Eisner Award-winning tale decades in the making. It's a psychedelic story of sorcerous seduction that will take you from the arcane shadows of the Sanctum Sanctorum to the dizzying spires of the mystical city of Ditkopolis! The Master of the Mystic Arts puts Clea to the test, faces a challenge to his title as Sorcerer Supreme and battles a hoary host of foes. Plus: Russell turns his attention to (Scarlet) witchcraft and other chilling mysteries! Collecting DOCTOR STRANGE: WHAT IS IT THAT DISTURBS YOU, STEPHEN?; DOCTOR STRANGE ANNUAL #1; MARVEL PREMIERE #7; and DOCTOR STRANGE (1974) #34 -- plus material from DOCTOR STRANGE (1974) #46; MARVEL FANFARE (1982) #5, #6 and #8; CHAMBER OF CHILLS #1-2; and JOURNEY INTO MYSTERY (1972) #4. 224 PGS. 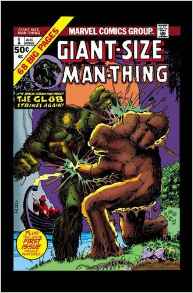 MAN-THING BY STEVE GERBER COMPLETE COLLECTION VOL 2
Written by STEVE GERBER Penciled by MIKE PLOOG, JOHN BUSCEMA, ALFREDO ALCALA, RON WILSON, ED HANNIGAN, BOB BROWN, RICO RIVAL, JIM MOONEY, PAT BRODERICK & MORE Cover by MIKE PLOOG Continuing the definitive collection of Man-Thing's macabre misadventures by his signature writer! The lumbering behemoth goes truly giant-size in one of the most notorious Marvel titles of all time, with stories ranging from a battle of the swamp monsters against the Glob, to a portentous flashback to the life of Ted Sallis before he was transformed. Those who know fear burn at the Man-Thing's touch, but what will happen when he joins Daredevil, the Man Without Fear, in battle with Death-Stalker? Demons, dragons and dancers all lie in wait -- and so do mad Vikings and ghost pirates! From the introspective to the action-packed to the downright bizarre, it's the Man-Thing unleashed! Collecting GIANT-SIZE MAN-THING #1-5, DAREDEVIL (1964) #113-114, MAN-THING (1974) #9-18 and material from MONSTERS UNLEASHED #8-9. 408 PGS. 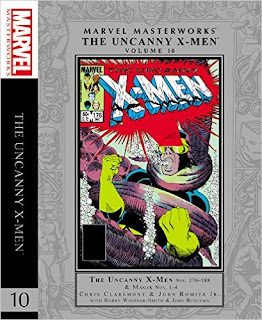 UNCANNY X-MEN MASTERWORKS VOL 10
Written by CHRIS CLAREMONT Penciled by JOHN ROMITA JR. with BARRY WINDSOR-SMITH, JOHN BUSCEMA, SAL BUSCEMA, RON FRENZ & CRAIG HAMILTON Cover by JOHN ROMITA JR. John Romita Jr. joins Chris Claremont as the Uncanny X-Men's chart-topping adventures continue! Drama abounds as Cyclops heads off on his honeymoon with Madelyne Pryor, Wolverine's relationship with Mariko takes a turn for the worse and Kitty Pryde is kidnapped and forced to marry the Morlock Caliban. Meanwhile, Rogue is Public Enemy No. 1, and anti-mutant sentiment threatens the passage of a law that will strip all mutants in the United States of their rights. There's no shortage of action, either: Colossus battles Juggernaut, Mystique and the Brotherhood of Evil Mutants return and Rachel Summers arrives on the scene! Topped off by Claremont and Barry Windsor-Smith's stunning classic story "Lifedeath" and the Magik limited series, there's no shortage of mutant masterworks! Collecting UNCANNY X-MEN (1981) #176-188, MAGIK (1983) #1-4 and material from MARVEL FANFARE (1982) #40. 456 PGS. 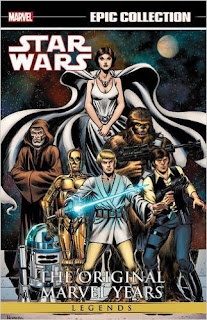 STAR WARS LEGENDS EPIC COLLECTION: ORIGINAL MARVEL YEARS VOL 1
Written by ROY THOMAS, HOWARD CHAYKIN, ARCHIE GOODWIN & MORE Penciled by HOWARD CHAYKIN, CARMINE INFANTINO, WALTER SIMONSON, HERB TRIMPE, DAVE COCKRUM & MORE Cover by CARMINE INFANTINO May the Force be with you, in the mighty Marvel manner! The classic original Star Wars comic-book series begins with an action-packed adaptation of Episode IV A New Hope, then continues the story of Luke Skywalker and his rebel friends as they fight on against the Empire in the dark shadow of Darth Vader! New planets and new perils await -- like the Cloud Riders, the Behemoth and the space pirate Crimson Jack. Han and Chewie need six allies to make eight against a world -- and one of them will be cult hero Jaxxon! Luke and the droids end up trapped on a Doomworld! And the Big Game will pit rebel against rebel! Collecting STAR WARS (1977) #1-23, and material from PIZZAZZ #1-16 and STAR WARS WEEKLY (UK) #60. 496 PGS.

THOR EPIC COLLECTION: WHEN TITANS CLASH
Volume #2 in the Thor Epic Collections Written by STAN LEE Penciled by JACK KIRBY Cover by JACK KIRBY Stan Lee and Jack Kirby, the creative team that sparked the Marvel revolution, set off on Asgardian adventures featuring the fight-to-end-all-fights between Thor and the Incredible Hulk! There's also the return of the Grey Gargoyle, the debut of the Absorbing Man and the unstoppable Destroyer, Thor and Loki's exile to Skornheim and the introduction of Hercules and the Greek gods! And it all leads to an epic adventure that pits Thor against Hercules and concludes in the depths of Pluto's Underworld! Lest we forget, Tales of Asgard backs up every issue with the origins of Marvel's Norse pantheon of heroes, villains and mystic lands; the secrets of Ragnarok; and much more! Collecting JOURNEY INTO MYSTERY (1952) #110-125 and ANNUAL #1, THOR (1966) #126-130, and material from NOT BRAND ECHH #3. 504 PGS. 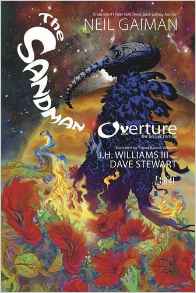 SANDMAN OVERTURE
Written by NEIL GAIMAN Art and cover by J.H. WILLIAMS III Twenty-five years after THE SANDMAN first changed the landscape of modern comics, Neil Gaiman's legendary series is back! From the birth of a galaxy to the moment that Morpheus is captured, THE SANDMAN: OVERTURE features cameo appearances by fan-favorite characters such as the Corinthian, Merv Pumpkinhead and, of course, the Dream King's siblings: Death, Desire, Despair, Delirium, Destruction and Destiny. This volume collects THE SANDMAN: OVERTURE #1-6 in its entirety, plus bonus material. On sale NOVEMBER 9 * 224 pg 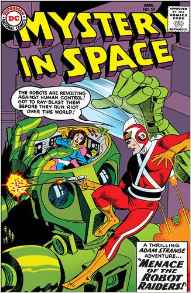 ADAM STRANGE THE SILVER AGE VOL 1
Written by GARDNER FOX Art by MIKE SEKOWSKY, CARMINE INFANTINO and others Cover by MICHAEL CHO The Silver Age adventures of Adam Strange are collected at last! After being mysteriously teleported to another world, Rann, Adam Strange's life changed forever as he went from being an archaeologist to a cosmic adventurer and hero. In these tales from SHOWCASE #17-19 and MYSTERY IN SPACE #53-74, Adam and his new ally, Alanna, defend Rann against alien invaders, giant monsters, mad scientists, out-of-control robots and more! 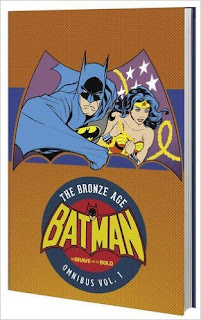 BATMAN BRAVE & THE BOLD BRONZE AGE OMNIBUS
Written by BOB HANEY, MIKE SEKOWSKY and DENNIS O'NEIL Art by ROSS ANDRU, IRV NOVICK, NICK CARDY, NEAL ADAMS, BOB BROWN, JIM APARO and others * Cover by KARL KERSCHL Please note: This title is resolicited with updated contents and price. All previous orders are canceled. Through the 1970s, Batman fought evil every month side by side with DC's greatest heroes. Guest-starring Wonder Woman, the Phantom Stranger, Adam Strange, Black Canary, the Teen Titans, The Flash, Green Arrow, Aquaman and more, these stories are collected in a single, massive hardcover for the first time. Collects THE BRAVE AND THE BOLD #74-109. 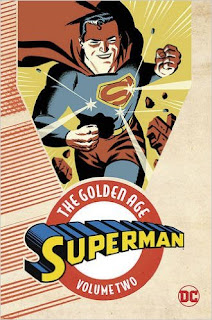 SUPERMAN THE GOLDEN AGE VOL 2
Written by JERRY SIEGEL * Art by JOE SHUSTER and others Cover by MICHAEL CHO In these tales from ACTION COMICS #20-31, SUPERMAN #4-7 and NEW YORK WORLD'S FAIR COMICS #2, the Man of Tomorrow makes his mark on history by taking on crooked politicians, greedy slumlords, flighty socialites, plus the villainous Ultra-Humanite and Lex Luthor. 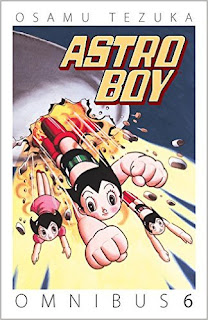 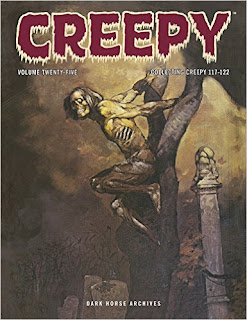 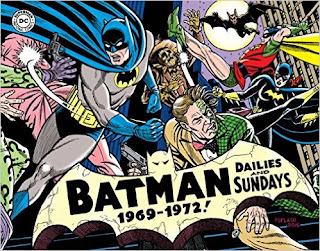 BATMAN SILVER AGE NEWSPAPER COMICS VOL 3 1969-1972
Whitney Ellsworth, E. Nelson Bridwell (w) * Al Plastino, Nick Cardy (a) * Pete Poplaski (c) The final volume of the Silver Age Batman Newspaper Comics features a veritable Who's Who of Gotham City and beyond: Superman, Green Arrow, The Penguin, Joker, Mad Hatter, Riddler, Scarecrow, Tweedledum and Tweedledee, Two-Face, Catwoman, Batgirl, Killer Moth, Poison Ivy, and Black Canary, plus the introduction of the mysterious Man-Bat! And if that wasn't enough, included are the four months of rare 1972 strips that were created by the Ledger Syndicate, without DC's input, in which Batman was no longer featured, although Bruce Wayne continued as a character. Batman expert Joe Desris explains it all in an insightful introduction. This book includes all strips from June 1, 1969 through April 29, 1972. HC * PC * $49.99 * 256 pages 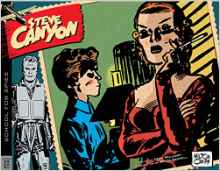 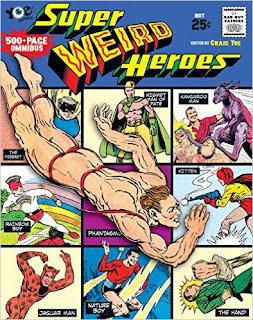 SUPER WEIRD HEROES
Fletcher Hanks, Jerry Siegel and Joe Shuster, John Buscema, Bill Everett, George Tuska, L.B. Cole, Jim Mooney, Mort Meskin, Will Eisner (w & a) * Various (c) The first superhero book from Yoe Books/IDW! Over 500 pages, this ginormous tome is as thick as a brick and filled with tons of rare, full-color, never-before-reprinted comics! It's the most bizarro, wacky, wild, astonishing, eye-popping, jaw-dropping, book... EVAH! It's loaded with beyond-belief "WHAT TH'?!?!" moments! Wait till you tell your friends what you discover in its pages! Super Weird Heroes will make you laugh, cry, and be immensely entertained! You're going to witness Public Domain superheroes like The Hand (yes, he's a giant hand), The Eye (you got it--he's a yuuuge eye), The Bouncer (this super-hero-in-a-skirt's power is bouncing)! And this is just a small fraction of the Super Weird Heroes you'll experience in this must-have book--there are over 65 super weird heroes in all! 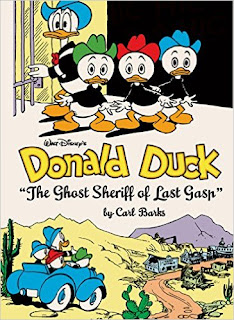