Daredevil Epic Collection: Brother Take My Hand
(W) Stan Lee, Roy Thomas (A) Gene Colan, Barry Windsor-Smith (CA) Gene Colan
Matt Murdock has done battle with Marvel's most maddening villains -- but when the Jester enters the fray, the rules change forever! Framing DD for murder, the Jester sets all of New York against the Man Without Fear -- and the stakes get even higher when Starr Saxon discovers DD's secret identity! Daredevil also faces off against two of Marvel's greatest heroes, Captain America and the Black Panther -- all the while struggling to rebuild his relationship with the lovely Karen Page. Then comes Death's Head, a villain with deep connections to those closest to Daredevil. It's a classic battle that pushes Matt Murdock to reveal his identity to Karen -- but will it bring them closer together, or force them apart? Collecting DAREDEVIL (1964) #42-63.

Iron Man Epic Collection: By Force of Arms
W/A) Various (CA) Gene Colan
Tony Stark is back as the Invincible Iron Man! Stan Lee and Gene Colan's complete run -- a host of iconic Iron Man adventures, including one of Marvel's first crossovers -- is proudly presented in this Epic Collection. Brought before the United States Senate to divulge the secrets of Stark Enterprises, Tony Stark has never faced higher stakes. But survival in the halls of government means risking the life of his friend, Happy Hogan! Then, the Mandarin tests Iron Man's mettle, executive privilege does nothing to save Tony from Whiplash and the Titanium Man, and the ideologues at A.I.M. attack -- taking us to the debut of Iron Man's very own solo series! Collecting TALES OF SUSPENSE #73-99, IRON MAN & SUB-MARINER #1, IRON MAN (1968) #1 and material from NOT BRAND ECHH #2. 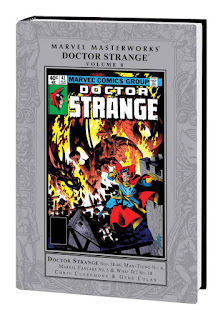 Doctor Strange Masterworks Vol. 8
(W/A) Various (CA) Michael Golden
Celebrated writer Chris Claremont turns his magic toward the Master of the Mystic Arts: Doctor Strange! Joined by artistic icon Gene Colan, there's no doubt the Doctor is in! Together, these creative giants return Baron Mordo to the fore, arming him with the occult secrets of the Vatican and testing Doctor Strange's mystic might. Then, the Shadowqueen captures Wong, and Clea and Strange must traverse dimensions and battle the demonic N'Garai to save him! Also featuring a Claremont/Marshall Rogers masterpiece; an alternate world where Doctor Strange is a disciple of the Dread Dormammu; and the 1980 all-Doctor Strange Marvel Comics Calendar, illustrated by an amazing array of top artists from Frank Miller to John Byrne! Collecting DOCTOR STRANGE (1974) #38-45, MAN-THING (1979) #4, WHAT IF? (1977) #18, material from MARVEL FANFARE (1982) #5, and MARVEL COMICS CALENDAR 1980.

Marvel Monsterbus Vol. 1
(W) Stan Lee, Larry Lieber (A/CA) Jack Kirby
From Groot to Fin Fang Foom, Marvel is proud to collect Stan Lee, Larry Lieber and Jack Kirby's monster masterworks in two astonishing Omnibus volumes! Stan "The Man" Lee and Jack "The King" Kirby are known the world over as two of the most influential creative powerhouses of the 20th century. Before they created Marvel's super heroes, they concocted a host of iconic monster menaces! As if driven by atomic power, Lee and Kirby--aided by scripter Larry Lieber--turned out page after page of action-packed classics, many hinting at the famous Marvel heroes and villains to come: Thorr the Unbelievable; a wooly, alien Hulk; the eight-foot-tall Magneto. These tales are the awe-inspiring crucible that created the Marvel Age of Comics! Collecting material from STRANGE TALES OF THE UNUSUAL (1955) 7; ASTONISHING (1951) 56; WORLD OF FANTASY (1956) 15-19; STRANGE WORLDS (1958) 1, 3-5; STRANGE TALES (1951) 67-70, 72-86; JOURNEY INTO MYSTERY (1952) 51-70; TALES TO ASTONISH (1959) 1, 3-21; TALES OF SUSPENSE (1959) 2-19; and AMAZING ADVENTURES (1961) 1-2. 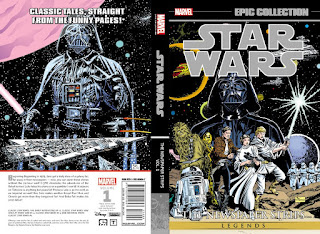 Star Wars Epic Collection: Newspaper Strips Vol. 1
(W/A) Various (CA) Al Williamson
Classic tales of Star Wars, from the funny pages to your bookshelves! Beginning in 1979, fans got a daily dose of a galaxy far, far away in their newspapers -- now, with this volume, you can savor those stories without the 24-hour wait! C-3PO chronicles the adventures of the Rebel heroes! Luke takes his chances on a gambler's world! A sojourn on Tatooine is anything but peaceful! Princess Leia is put to work as an Imperial servant! Han Solo makes another Kessel Run! Han and Chewie get more than they bargained for on a job! And Boba Fett makes his print debut! Collecting CLASSIC STAR WARS: THE EARLY ADVENTURES #1-9, CLASSIC STAR WARS: HAN SOLO AT STARS' END #1-3, CLASSIC STAR WARS #1-3 and material from CLASSIC STAR WARS #4. 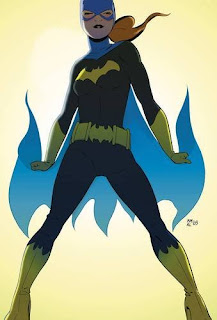 Batgirl: A Celebration of 50 Years
(W) Gardner Fox & Various (A) Carmine Infantino & Various (CA) Marcos Martin
Some of Batgirl's greatest adventures are collected in this new hardcover! Using her brain to outsmart her opponents, Batgirl stands strong against her enemies. Whether working with a team or venturing out on her own, Batgirl's adaptability to situations makes her one of the most versatile and popular characters in the DC Universe. 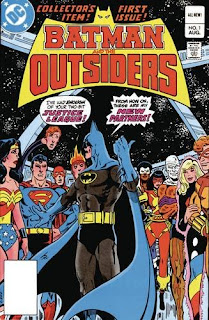 Batman and the Outsiders Vol. 1
(W) Mike W. Barr, Marv Wolfman (A) Jim Aparo & Various (CA) Jim Aparo
In these tales from the 1980s, Batman splits off from the Justice League of America to form his own super-team known as the Outsiders. Including established heroes Black Lightning and Metamorpho as well as dynamic new heroes Katana, Geo-Force and Halo, the team fought for justice on an international stage. Combining superhero action with espionage, the Outsiders brought their own brand of justice to Geo-Force's nation of Markovia, Katana's homeland of Japan and across the globe. This new title collects stories from THE BRAVE AND THE BOLD #200 and NEW TEEN TITANS #37, plus BATMAN AND THE OUTSIDERS #1-12. 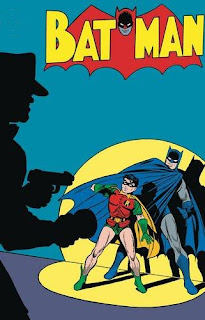 Batman Golden Age Omnibus Vol. 3
(W) Bill Finger & Various (A) Bob Kane & Various
This third BATMAN: THE GOLDEN AGE OMNIBUS includes dozens of stories from the early 1940s in which the Dynamic Duo battle evil-doers including the Penguin, the Joker, Two-Face and many more from the pages of DETECTIVE COMICS #75-91, BATMAN #16-25 and WORLD'S FINEST COMICS #10-14. 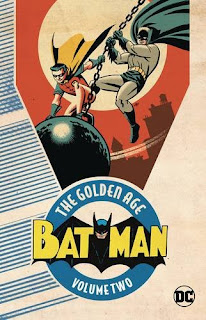 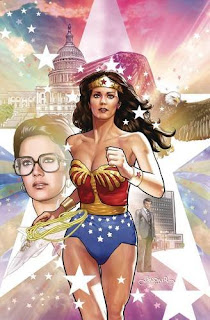 Wonder Woman '77 Vol. 2
(W) Marc Andreyko & Various (A) Richard Ortiz & Various (CA) Jason Badower
In these stories from WONDER WOMAN '77 SPECIALS #3-4, Wonder Woman must stop Clayface from enslaving Paradise Island! Then, Diana goes undercover in "Oceans," where a diplomat has dangerous plans, and teams up with the local IADC to track "Orion the Hunter," and much more! And "Worlds Collide" when a tape full of government secrets disappears, and a dictator tries to fulfill his daughter's final wish. 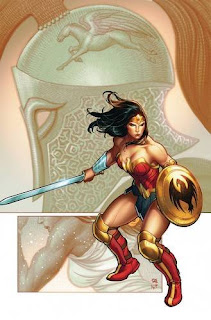 Wonder Woman: Her Greatest Battles
(W/A) George Perez & Various (CA) Frank Cho
This new collection brings together the biggest and most unforgettable battles in Wonder Woman's history as a DC Comics superhero, as she battles Ares, Cheetah, Medusa and more! 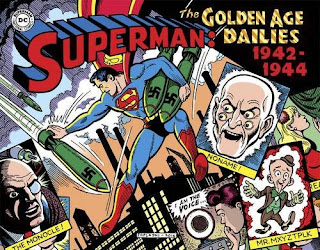 Superman Golden Age Newspaper Dailies 1942-1944
(W) Jerry Siegel, Whitney Ellsworth (A) Joe Shuster, Wayne Boring (CA) Peter Poplaski
Our premiere volume of Golden Age Superman dailies includes all strips from February 16, 1942 through October 28, 1944, and features the first appearance of the mischievous Mr. Mxyzptlk, the menace of The Monocle, the nefarious No Name, Miss Dreamface, "King" Jimmy Olsen, and the kidnapping of Santa Claus! More than 800 daily strips that are collected for the first time since their original appearance in newspapers more than 70 years ago!
at November 19, 2016