Hear the evidence gathered clue by clue - as Sherlock Holmes enthusiast, Nick Utechin investigates how the Baker Street sleuth has been portrayed on radio across the decades.
Stretching from the Forties to the Noughties, this 3 hour showcase of Sir Arthur Conan Doyle's great detective features some rare recordings of Holmes and Watson in action:

* The Adventure of the Speckled Band (17/05/1945)
Why did Helen Stoner's twin sister die in mysterious circumstances on the eve of her wedding? Stars Cedric Hardwicke as Sherlock Holmes and Finlay Curry as Dr Watson.

* The Red-Headed League (19/10/1954);
The strange case of an ad seeking only red-haired men... Stars Ralph Richardson as Holmes and John Gielgud as Watson.

* The Boscombe Valley Mystery (12/12/1966)
The sleuth probes a murder in Herefordshire, but the crime's roots are down under. Stars Carleton Hobbs as Holmes and Norman Shelley as Watson.

* The Further Adventures of Sherlock Holmes: The Abergavenny Murder (18/05/2004)
When a man dies in his Baker Street apartment, the detective is bound to investigate. Stars Clive Merrison as Holmes and Andrew Sachs as Watson. 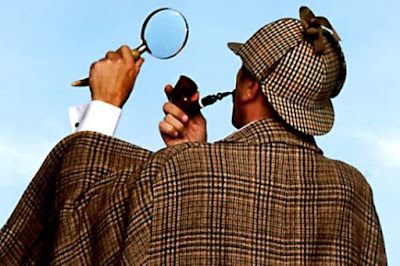