I figured 2017 wouldn't be any kinder than 2016 when it comes to losing our pop culture icons. The painful fact is, we're all getting older. Even our seemingly immortal idols.

This loss hits hard in our household. My wife and I have recently enjoyed watching "The Mary Tyler Moore Show" Hulu with our 13-year-old daughter. She's also a fan of "The Dick Van Dyke Show."

Despite some outdated gender roles ("DVD," especially) and atrocious fashions ("MTM," omg), both of the series hold up extremely well. It's fun to laugh out loud together as a family and, watching these shows, we frequently do. For the next little while, though, watching will be bittersweet.

It goes without saying that Moore was a masterful comic actress. A graceful dancer, she could pull off great physical comedy alone and/or in tandem with the rubber-limbed Dick Van Dyke. Verbal comedy as no problem, either.

She could be stern, silly, sad, sheepish, embarrassed, sly and everything in between, all to hilarious effect. She was a bemused straight woman to Ted Baxter and bumbling nervous wreck to Lou Grant.

She also received an Oscar nomination for her dramatic role in "Ordinary People,"and was a leader in the fight against juvenile diabetes. Plus, she acted opposite Elvis! 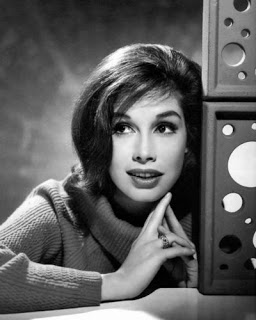