Bob Dylan continues to make his way through the Great American Songbook, this time with a new triple album that collects him crooning 30 more classics associated with Frank Sinatra and others.

Triplicate is out March 30 on vinyl, CD and via download. 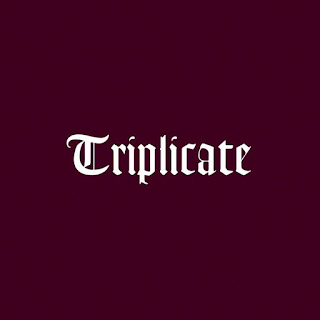 A three-disc studio album from Bob Dylan, Triplicate, will be released on March 31, featuring 30 brand-new recordings of classic American tunes and marking the first triple-length set of the artist’s illustrious career. With each disc individually titled and presented in a thematically-arranged 10-song sequence, Triplicate showcases Dylan’s unique and much-lauded talents as a vocalist, arranger and bandleader on 30 compositions by some of music’s most lauded and influential songwriters. The Jack Frost-produced album is the 38th studio set from Bob Dylan and marks the first new music from the artist since Fallen Angels, which was released in early 2016.

For Triplicate, Dylan assembled his touring band in Hollywood’s Capitol studios to record hand-chosen songs from an array of American songwriters including Charles Strouse and Lee Adams (“Once Upon A Time”), Harold Arlen and Ted Koehler (“Stormy Weather”), Harold Hupfield (“As Time Goes By”) and Cy Coleman and Carolyn Leigh (“The Best Is Yet To Come”). The titles of the individual discs are ‘Til The Sun Goes Down, Devil Dolls and Comin’ Home Late.