"Bright Lights: Starring Carrie Fisher and Debbie Reynolds" If not for the recent, shocking back-to-back deaths of its stars, this documentary, now showing on HBO, would likely play as a portrait of Hollywood eccentricity, not a poignant last farewell to a pair of movie greats.

While re-capping the careers of both mother and daughter via film clips and home movies, "Bright Lights" gives us a day-in-the-life view of behind-the-scenes celebrity life.

Fisher and Reynolds live in neighboring houses on a plot of land they call "the compound" in Beverly Hills. Each house is what you might expect: Reynolds' is more the aging movie star palace with ornate furniture and draperies, while Fisher's is funky and bohemian, decked out with goofy metal signs and kitschy collectables.

We're invited inside both homes. Mother and daughter spar cheerfully with one another and, on their own, give more confessional interviews to the camera. We also eavesdrop on their phone calls, join Reynolds in Las Vegas for her final singing-and-dancing performance (at age 83) and accompany Fisher to London, where she's filming "Star Wars: The Force Awakens," understandably griping about the studio's orders that she eat well and exercise to keep off weight.

Both women are lovely, but odd, company. Spending time with them, you get a sense of how weird it must be growing up in show business. Fisher seems to relish the absurdity of it all, while her mother seems fully committed to the life of an entertainer. She's never wanted, or really experienced, anything else.

Perhaps because we know both women passed away shortly after this film was completed, there's an air of mortality hanging over it all, too. Reynolds is frail and would like to continue performing, but can't. Meanwhile, despite her fantastic wit and grounded sense of humor, growing up in Hollywood made a wreck of Fisher, who suffered decades of mental illness and substance abuse. You're left wondering, even though you already know, what's next for these women? When stars grow old, do they flash out or fade away? For Fisher and Reynolds, it was a little bit of both.

"Gilmore Girls." Speaking of mother-daughter teams, I recently finished up a major binge of this series along with my wife and teenage daughter. We watched the whole dang thing, original series and recent revival, on Netflix and enjoyed nearly all of it.

As with any series, there are occasional plot lines that seem contrived or don't payoff, and the show's utter cuteness can get cloying after a bit. But the dialogue is sharp and the players and characters are likeable and engaging.

It was nice to find a series we could enjoy together, that pulled us all in for the long haul. Even the new mini-series was pretty good. Though it wasn't completely necessary, it didn't diminish the original series and provided a chance to re-engage with the characters (although, unlike people who watched the series years ago, we were never really separated from them.) It all ended on an unexpected, but perfect not. The producers could leave it there, and I'd be happy. But if the Gilmores come back again, we'll be there. 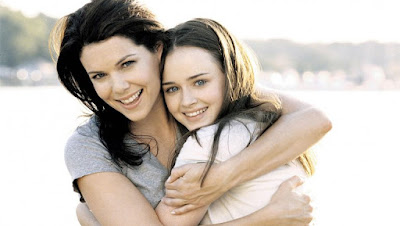 ZBS Media's "Tiny Dreams." I always like to plug ZBS' audio series and show mainly because they are always fantastically entertaining, but also because I feel like not nearly enough people know about them.

If things were right in the world - and lord knows they aren't - people would be walking around in Jack Flanders t-shirts and starting up Ruby fan clubs. But that's not the way it is.

But that doesn't mean you shouldn't be on the bandwagon. And here's another chance: ZBS recently launched a series of standalone, short "mind movies" that can be heard on select radio stations or via weekly free downloads from ZBS website. Check 'em out! 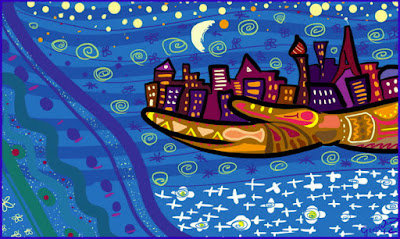