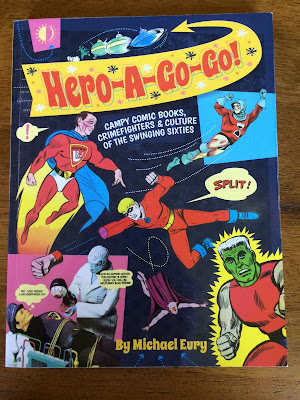 We live in superhero-crazy times. Most of biggest films and many of our TV shows are populated by costumed characters. But this has all happened before - in a much bigger, wackier way. 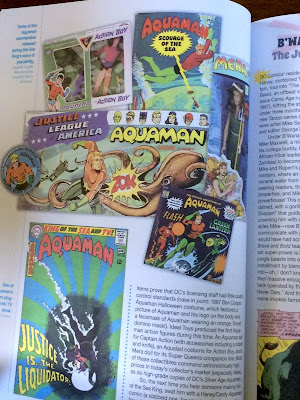 It didn't last long - maybe 1965 to 1970 or so - but it was a fun and glorious time, fully documented in this new book by comics scholar and Back Issue magazine editor Michael Eury.

Batmania is just the tip of the iceberg, here. Eury explores all facets of what he calls the "Camp Age of Comics." We look at the Green Hornet, James Bond-influenced spymania, short-lived TV series such as "Captain Nice," cartoons such as "Underdog" and "Space Ghost," Archie's superhero adventures as "Pureheart the Powerful," and much more. If it's of the sixties, goofy and tangentially related to comics and/or superheroes, it's here. 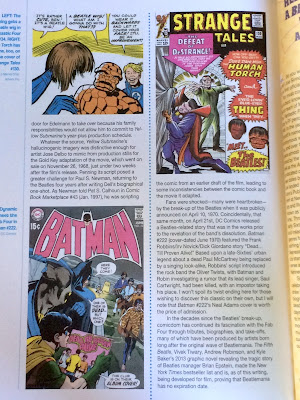 Eury even investigates some of the ads found in comic books of the time, such as the ad for a Superman vs. giant cyclops display at the 1964 World's Fair. Looks cool! Many comics fans have likely seen it in battered back issues and been similarly intrigued. But the pictures of the actual specimen Eury dug up feature a very creepy, mysteriously unshaven wax Man of Steel battling a similarly weird and creep - not a in a good way - monster. 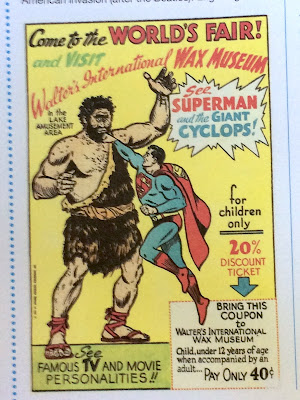 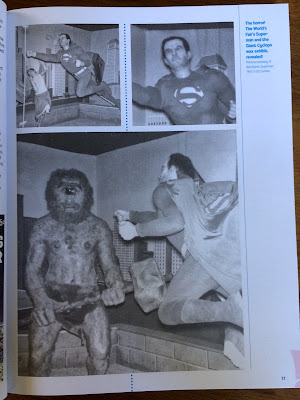 There are a few interviews in the book, too, including one with "Lost in Space" star and sixties pop culture fan Bill Mumy and Dean Torrence, who details the back story of the cult classic "Jan and Dean Meet Batman" LP. 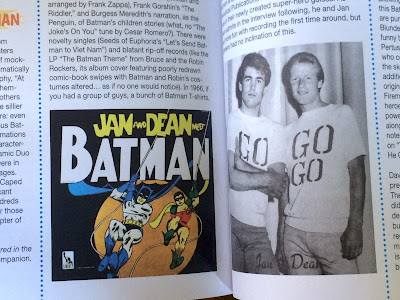