"Colossal" is one of the most unusual, thought-provoking films I've seen in a while.

In fact, I agree with my wife, who said a day after we watched it: "The more I think about it, the more I like it."

And there's plenty to think about. Like "WTF? This is a movie about a woman who learns that she's controlling the actions of a gigantic, Godzilla-like monster that's attacking the buildings and citizens of Seoul, South Korea. How do you come up with an idea like that?"

But screenwriter Nacho Vigalondo did come up with such an idea, and it's pretty danged cool.

The woman/monster is Gloria (Anne Hathaway), a hard-drinking writer who loses her job and boyfriend and returns to her small hometown to maybe get her life together. There, she meets up with an old friend, Oscar, (Jason Sudeikis), who hires her to work at his divey bar. Then monster troubles ensue and all sorts of questions arise.

Lots to think about. Viewed in terms of gender, self-image an expectations we/others place on ourselves, it's a fascinating, many nuanced story. It's also quite funny and moving at times. Plus, it has giant monsters. Well worth a look. 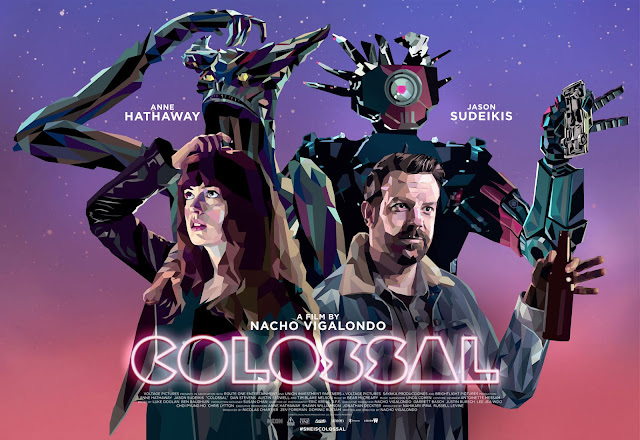