A new Rolling Stones album is timed to come out at the same time as a new book looking at the band's 1960s radio and TV broadcast appearances.

No info, yet, on what they album will include, but it seems safe to predict it will be a compilation of 1960s broadcast recordings, perhaps the equivalent of the Beatles' two compilations of BBC live-in-the-studio recordings.

Here's a report from the NME. And here are details on the book, which is out Sept. 8. You can order it now from Amazon.

The Rolling Stones: On Air in the Sixties by Richard Havers

This new official book tells the story, for the first time, of the Stones through their many radio and TV appearances as they rose to fame in the sixties.

From their first TV appearance on Thank Your Lucky Stars!, buttoned up in matching hounds-tooth suits at manager Andrew Loog Oldham's insistence, to the louche rockers who appeared on stage for the televised free concert in London's Hyde Park in 1969, this book looks back at their career-defining broadcasts, remembering the music, the clothes, the fans, the rivals and friends, and the world at large around them, divided by generation between broad-sheet moral panic and hysterical teen riots.

Featuring previously unseen facsimile documents from the BBC and commercial TV and radio archives and many stunning unseen images, this is history as it happened, in context, immediate and vivid, offering new insights and a fresh unexplored perspective on the story of one of the greatest great rock 'n' roll bands the world has ever seen. 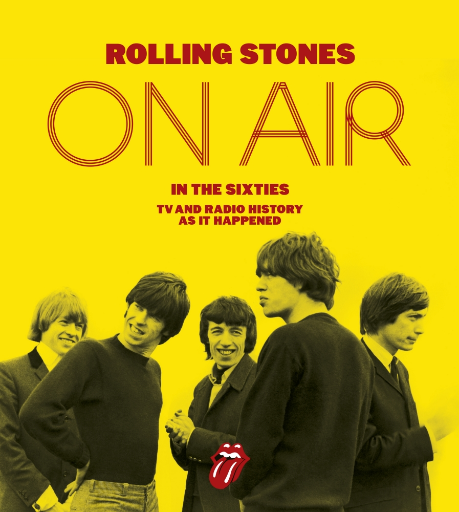