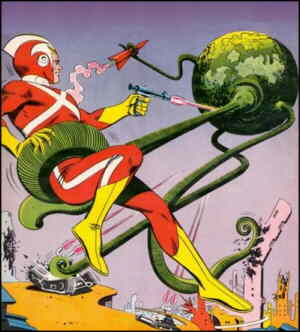 Based on DC characters created by Jerry Siegel and Joe Shuster, Krypton is set two generations before the destruction of the legendary Man of Steel’s home planet. It follows Superman’s grandfather (Cameron Cuffe) — whose House of El was ostracized and shamed — as he fights to redeem his family’s honor and save his beloved world from chaos. Sipos’ Adam Strange is a world-weary human, who finds himself stranded on Krypton as the unlikely mentor to Seg-El, Superman’s grandfather.
at September 14, 2017