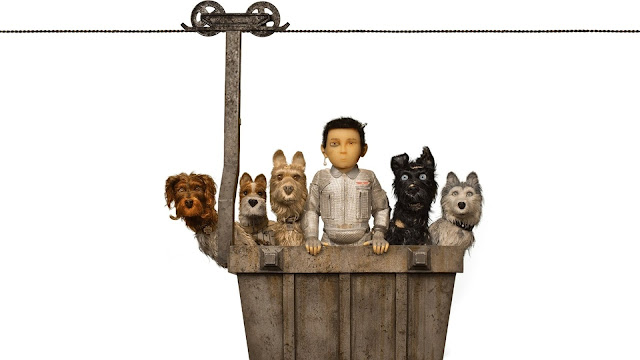 Wes Anderson's films are so singular in their stylistic obsessions and quirks that it's amazing he's attained the large-ish following he enjoys today.

The key to his films' appeal, I think,  is their quirkiness but also Anderson's humor and his well-defined, oddball-but-engaging characters. Weird as they are, you like these people.

"Isle of Dogs," however, is the first of Anderson's films I can recall where the characters don't draw me in. It's not that they aren't appealing, but I didn't get to like them as much as, say, those in "Moonrise Kingdom," "The Life Aquatic of Steve Zissou" or "Rushmore."

Part of the challenge is that this new film is a blend of stop-motion and traditional animation. Yet Anderson's "Fantastic Mr. Fox," also animated, had no trouble making it's characters instantly engaging and likable.

"Isle of Dogs" looks great. I was attracted to its weird mix of 1950s-60s design and modern tech and the use of what look like vintage 1960s Japanese action figure/dollls as the film's human characters. The lead human character, Atari, a boy pilot dressed in a shiny, G.I.-style astronaut outfit, looks supercool.

And I love dogs, of which there are many in this movie. They all look cute and have endearing, quirky personalities (along with voices supplied by Bryan Cranston, Bill Murray, Jeff Goldblum, Scarlett Johansson and others), yet none of them, or Atari or any of the other humans, seemed entirely real to me.

Anderson doesn't quite breathe life into his creations here and, as a result, I became fixated on the film's incredible craft. As in all his films, the director's crazy attention to detail, the trademark symmetry of his staging and camera work and the overall lovely design of everything on screen came to the fore. The story and action, however, seemed remote, like watching an extremely witty and imaginative child playing with toys. Ultimately, it's a film I appreciated more than enjoyed.
at April 17, 2018