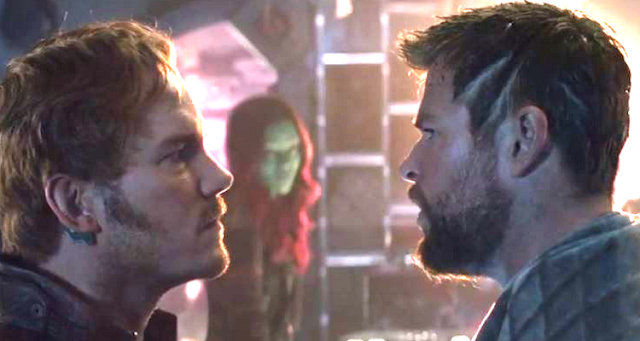 "Big event" crossovers have become so routine in comic books that I long ago stopped bothering to keep up. But whoever thought we'd see one on the big screen?

Those of us who grew up on the watered down, change-the-character's-origin/costume/secret identity, superhero TV shows, movies and cartoon series in the 1970s and 1980s never would've predicted that Hollywood would consider audiences interested or smart enough to track 10- or 20-some characters interacting in a huge team-up adventure.

But with Marvel now calling the shots with its own film studio, here we are with "Avengers: Infinity War." And it's a blast.

Nearly every Marvel character featured on screen since the first Iron Man film 10 years ago appears in the film - 20 some characters in all, including Spider-Man, Captain America, Hulk, Thor, Black Widow, Doctor Strange, Scarlet Witch, Vision, Black Panther and the Guardians of the Galaxy.

The film's story draws from artist/writer Jim Starlin's cosmic Infinity Stone storylines, which stretch from his 1970s run on Warlock to his "event' series of the 1990s and there are many references to the previous Marvel films and plot lines.

So why isn't the film, like nearly every comic book crossover since the 1990s, a huge, muddled mess? I think because, unlike most comic book stories these days which are continuity and plot-driven, this one is about characters.

Thanos and his cheesy, gumball machine gems are beside the point. We want to see Thor spar, verbally, with Star Lord and hang out with Rocket Racoon (who the Thunder God dubs "rabbit") and Groot. We want to revisit Wakanda, because Wakanda is the coolest. We want to see Black Widow fighting alien dogs alongside Black Panther's chief bodyguard, Okoye. We wanted to see Peter Parker meet Black Panther's brainy kid sister, Shuri, but that didn't happened ... yet.

Sure, the film might be a tad confusing if you haven't seen all the Marvel movies or if you don't remember the finer points of each. But it doesn't matter so much because the basics are clear - good guys are fighting a big bad guy, and the good guys are all interesting, likable and fun to spend time with. In most comics of this nature creators are so busy messing with continuity and referencing past storylines that characters and their interactions become superfluous.

Yes, the movies still make changes that may not be strictly necessary, and which may annoy hardcore comics fans. But for the most part they are better than today's comics at telling stories about these iconic characters.

I'm always perplexed why Marvel and DC don't got with the characters as they're presented on screen, where they are seen and understood by millions, not the mere thousands who still read comics. Why not use the movie versions and storylines in comics, too? It would make the comics more inviting to newer, younger fans. Fear of sales?

Let's hope that the Marvel movies don't go down the same wormhole of self-referential continuity. And let's hope that we can hang in there to see what happens next because - without spoiling things too much - lots of bad things happen at the end of "Infinity War" and we need to see how our favorite characters come out at the end. Plus, Peter and Shuri. It's gotta happen. 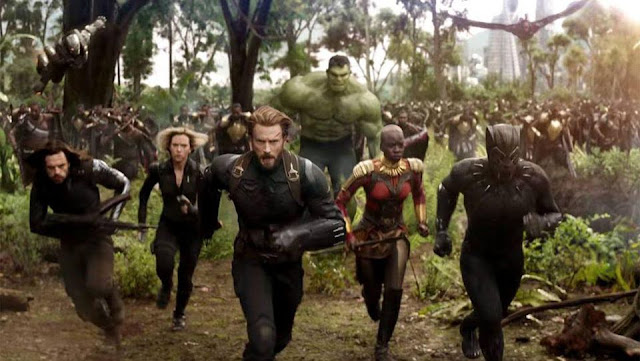