Cool! You can now own an official, working Dick Tracy watch

Dick Tracy's two-way radio wristwatch was as synonymous with the comic strip detective as his yellow fedora and trench coat - and now a working model of the "radio" watch can be yours via a crowdfunding effort launched on Indiegogo.

Since the first comic strip appearance of Dick Tracy's watch in 1946, its uniquely bold and classic look has made it one of the most recognizable timepieces.

But, for over 70 years, we've only been able to dream of owning one—until now! By partnering with the official licensor, top-notch engineers, and a master watchmaker, our watch looks great, feels great, and makes the call—just like the real thing.

Now, we need your support to manufacture the world's first real Dick Tracy watch.
Not a toy or a smartwatch, but a high quality Dick Tracy watch that does three things: looks cool, tells time, and makes the call. But, even after twenty five years of searching and waiting, it had yet to come true. So, we made it ourselves!

It wasn't enough for us to make the Dick Tracy watch real—we made it official. By partnering with Tribune Content Agency, we developed a worldwide exclusively licensed timepiece that proudly represents the historic Dick Tracy brand.
The minimum pledge to own a watch is $324.

For those who can live without the "two-way radio," manufacturer Ivory & Horn offers a non-radio replica of the watch for $249 here. 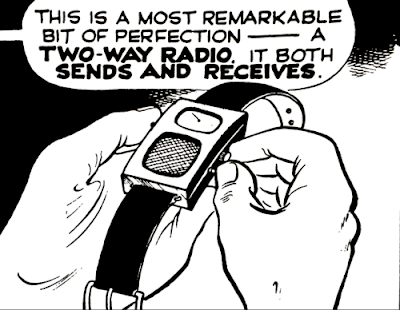 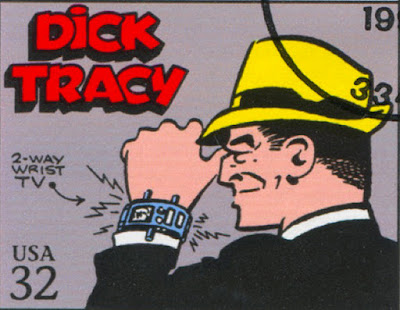