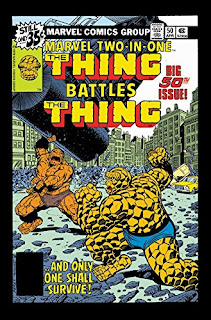 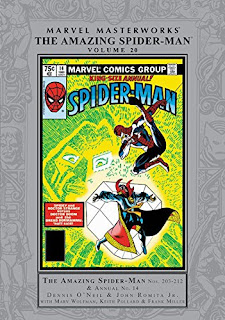 Amazing Spider-Man Masterworks Vol. 20
ORDER FROM AMAZON
Peter Parker's always had the worst luck, but Spider-Man's a hit with the ladies in his latest round of adventures! The Black Cat is back, and her love-hate relationship with Spidey is heating up. Dazzler dances with our hero in an early appearance not to be missed. And she's not the only mutant caught in Spidey's web; Mesmero is back, courtesy of Dennis O'Neil. Then, an all-time Spider-Man great makes his series debut: John Romita Jr.! JRJR carries on the family tradition, creating some of the most iconic Spider-Man adventures of all time beginning right here. Also featuring a Stern-&-Byrne one-shot, the first appearances of Madame Web and Hydro-Man, and Frank Miller's classic Spider-Man/Doctor Strange team-up!
COLLECTING: AMAZING SPIDER-MAN (1963) #203-212, AMAZING SPIDER-MAN ANNUAL (1964) #14 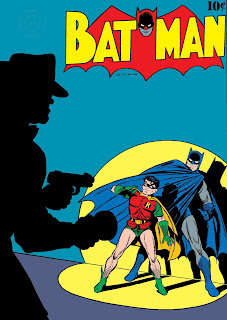 Batman: The Golden Age Vol. 5
ORDER FROM AMAZON
This fifth volume of BATMAN: THE GOLDEN AGE collects more of the the Dark Knight Detective's adventures from the late 1940s, including battles with evildoers such as The Joker, the Penguin and Catwoman, plus a tale in which the Caped Crusaders join Robin Hood's band of merry men.
Collects DETECTIVE COMICS #113-131, BATMAN #36-44 and WORLD'S FINEST COMICS #23-32. 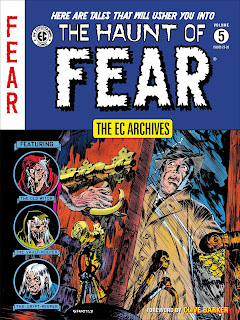 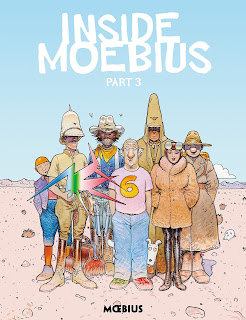 Moebius Library: Inside Moebius Part 3
ORDER FROM AMAZON
In this third and most surreal volume, Jean "Moebius" Giraud exists in an expansive, magical desert locale within his subconscious. He not only meets and talks with several of his own creations--like Stel, Blueberry, Major Grubert, and Arzak--but he encounters versions of himself from multiple decades and argues with them about art and creativity. This final volume also features the last interview segment about this strange series between the artist and Isabelle Giraud. Translation by World of Edena translator Diana Schutz. 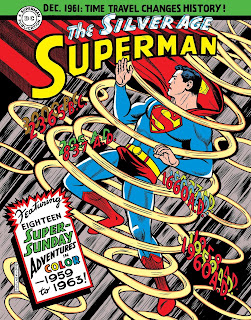 Superman: The Silver Age Sundays, Vol. 1: 1959-1963
ORDER FROM AMAZON
A comprehensive series that remedies a gap in comics history, bringing back all the Superman Sunday strips--among the character's rarest collectibles, never before reprinted.
Superman co-creator Jerry Siegel returns to write the newspaper comic strip. In these eighteen classic adventures from October 18, 1959 to January 20, 1963, the Man of Steel meets "The Kryptonite Girl" and his "Mermaid Sweetheart." Also featured are Superman's "Greatest Feats," "The Super Powers of Perry White," "The Invasion of the Super-Ants," and "The Creature of 1,000 Disguises," among other early '60s tales drawn by Wayne Boring. 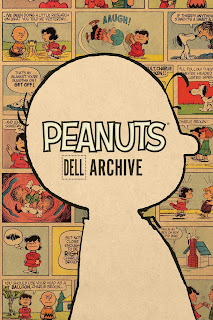 Peanuts Dell Archive
ORDER FROM AMAZON
The Peanuts' Dell comics, originally printed from 1957-1962, are collected for the first time!
In collection for the first time ever! Published through the 1950s and 60s, the Dell Peanuts comic strips were drawn by Charles M. Schulz and his team of artists. These truly classic comics will delight any Peanuts fan, collector and newbie alike. 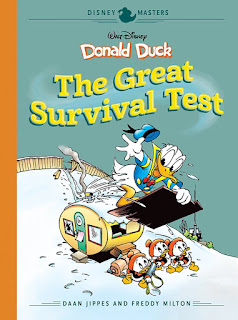 Disney Masters Vol. 4: Daan Jippes And Freddy Milton: Walt Disney's Donald Duck: The Great Survival Test
ORDER FROM AMAZON
Watchful uncle Donald Duck doesn’t want Huey, Dewey, and Louie taking on a daring Junior Woodchuck mission at 20 degrees below zero. But Donald’s “survivalist" nephews insist they can stake out the coldest night of the year in an abandoned trailer in the wilderness ― so Unca Donald vows he’s gonna teach them a lesson! Daan Jippes and Freddy Milton were the first to continue Barks’s art and storytelling style in new stories. And, “The Great Survival Test" is just the start of the mayhem! From Donald’s war with Lucky Gladstone in “The Briefcase Case" to Daisy’s race against time in “Coat of Harms," an amazing collection of Duck Family adventures is here! Full-color illustrations throughout.
at June 23, 2018