Here we see orphaned 14-year-old Billy Batson, who can transform into a grown-up superhero (Levi, who starred on NBC’s Chuck) with an array of powers by saying the magic word. Billy is shown on a soda run with fellow orphan Freddy Feeman (Jack Dylan Grazer, who played the hypochondriac Eddie in It). 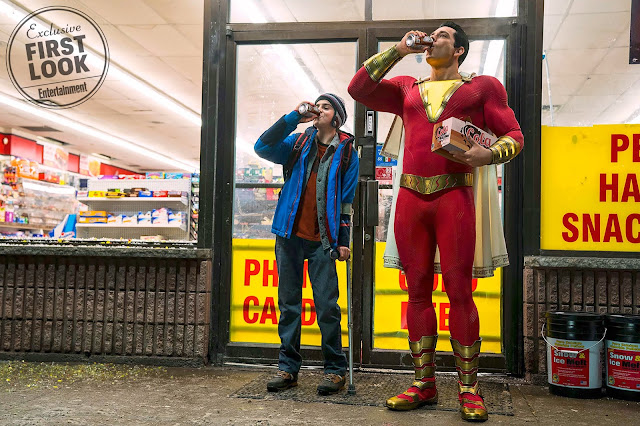