Stan Lee: A Life of Marvel tells the story of “Stan the Man” from multiple perspectives — including classic interviews with him detailing how he and the Marvel braintrust of artists and writers created Spider-Man, The Hulk, Fantastic Four, and other heroes and villains.

This collector’s issue spans the Silver Age of comic books, which Lee helped define, and explores how that Big Bang is still expanding into television and movies today.

Accompanied by galleries of photos and illustrations, A Life of Marvel includes:

• Exclusive interviews with other comic book and movie greats about Stan Lee’s influence (and influences).
• A breakdown of his most famous characters — as well as a rundown of Lee’s own many pop culture cameos and appearances.
• Tributes and remembrances of fans as well as the actors that brought his characters to life, including a first-person account from Marvel Studios chief Kevin Feige about the last time he met with Lee. 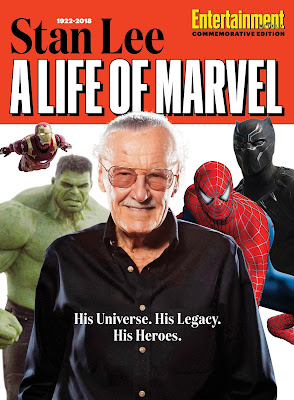