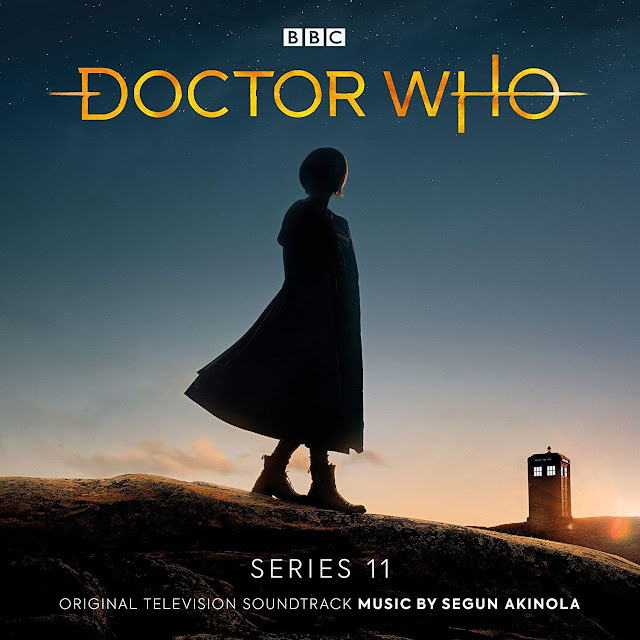 Out Feb. 1. Order now from Amazon.

Bigger and bolder than ever, Series 11 marks the arrival of the Thirteenth Doctor, award-winning actress Jodie Whittaker. a super-smart explorer of the universe, alongside a team of new friends and delightful characters.

The new series heralds a brand-new era for Doctor Who, full of action and adventure, humour and heart an unmissable high-end drama everyone will enjoy.

Segun Akinola is a multi-talented composer who has strengthened many projects with his musical acumen and is a BAFTA Breakthrough Brit.

Email ThisBlogThis!Share to TwitterShare to FacebookShare to Pinterest
Labels: coming up, Doctor Who