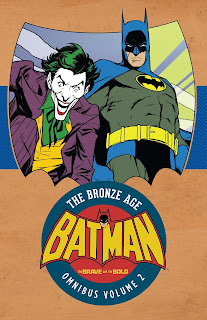 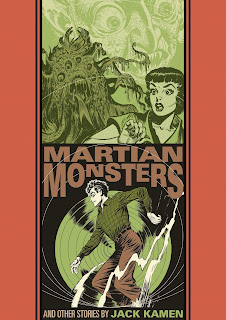 The Martian Monster And Other Stories by Jack Kamen (The EC Comics Library)
Stories in this volume include "The Martian Monster," in which a 9-year-old boy befriends a Martian in the woods and asks him to kill his stepmother ― but the "Martian" convinces him that it’s really his father who he should target. There’s sharp social commentary in "…And Then There Were Two!" (highly intelligent robots unveil a plan for world peace, but political opportunists launch an anti-robot campaign to discredit them) and "Prediction of Disaster!" (an astronomer concludes that our sun is about to go nova and tries to warn the world).
at January 23, 2019