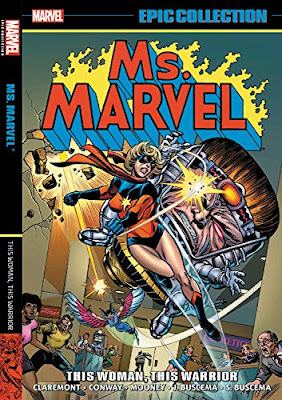 Ms. Marvel Epic Collection: This Woman, This Warrior
The year was 1977 and Marvel was set to debut its latest and greatest new super heroine. NASA Security Chief Carol Danvers' life had long been intertwined with the alien Kree's interventions on Earth. But now it was time for this new woman in a new era to take on a new persona all her own-Ms. Marvel! As editor of Woman magazine, Danvers must contend with the Marvel Universe's biggest blowhard, J. Jonah Jameson, while discovering her identity and origins as a super hero. Chris Claremont, continuing the series begun by Gerry Conway, brings to bear all the craft and character development of his renown X-Men run, while Jim Mooney, John Buscema and John Byrne supply some of the most stunning art of the era.
COLLECTING: MS. MARVEL (1977) 1-14, MARVEL TEAM-UP (1972) 61-62 AND DEFENDERS (1972) 57 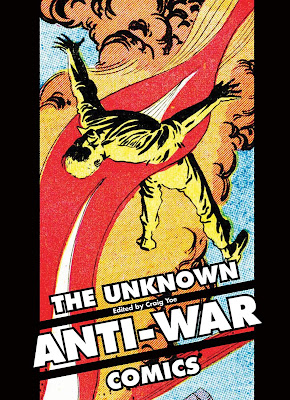 The Unknown Anti-War Comics!
An action-oriented medium, comics have long used wars--real and fictional--as narrative fodder, often with a strong message attached. Buried in rare comics published during the Cold War were powerful war, fantasy, and sci-fi stories that strongly condemned war and the bomb, boldly calling for peace.
While a few comics of the time portrayed the horrors of war, the more blatant anti-war stories were largely unappreciated or so cloaked in metaphor that they went unnoticed by contemporary audiences. Today, we can more fully appreciate the efforts of the fine writers and cartoonists who were crying out for peace in their--and our--time. Journey back with us now, and discover the secret, surprising history of anti-war comics with this marvelously curated collection. 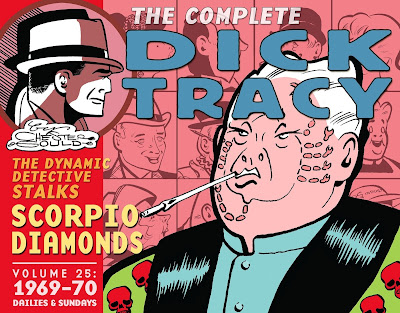 Chester Gould's Dick Tracy Vol. 25
Dick Tracy closes out the 1960s by moonlighting-literally! The master sleuth takes a part-time second job as Head of Security and Law Enforcement for Diet Smith's operations based on the moon. Soon Tracy learns that an international crime syndicate, the Apparatus, has infiltrated Smith's organization on the lunar surface.
Two other major characters are also introduced. First is cartoonist Vera Alldid, who comes looking for his step-uncle B.O. Plenty and instead finds himself enamored with B.O. and Gravel Gertie's daughter Sparkle. The second is Groovy Grove, fresh from prison after serving twelve years for a crime he didn't commit. All this and more in these classic Chester Gould comic strips, from April 3, 1969 to December 23, 1970. 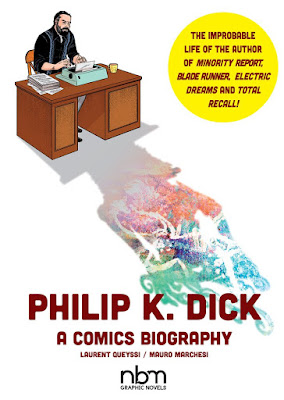 Philip K. Dick (NBM Comics Biographies)
One of the greatest writers in science fiction history, Philip K. Dick is mostly remembered for such works as Blade Runner, Minority Report, and Total Recall. His dark, fascinating work centered on alternate universes and shifting realities in worlds often governed by monopolistic corporations and authoritarian governments. His own life story seems a tussle with reality, cycling through five marriages and becoming increasingly disjointed with fits of paranoia and hallucinations fueled by abuse of drugs meant to stabilize him. His dramatic story is presented unvarnished in this biography.
at January 09, 2019