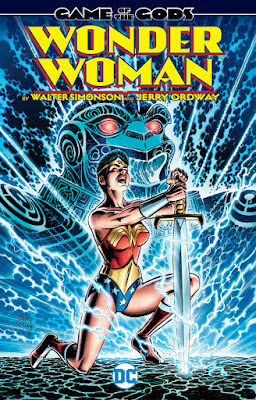 Wonder Woman by Walt Simonson & Jerry Ordway
Diana is on a journey back to Paradise Island in search of rest and relief with her mother, Hippolyta, and the other Amazons. When fellow Amazon Leda attempts to take herself and Diana back to the dimension in which Paradise Island now exists, their journey goes awry and they end up on the world of Chalandor, battling black-hued beings called Shadowmen.Just when they think they're safe, a Chalandorian craft lands and its crew intends to bring both Amazons back to their arena to fight as gladiatrixes. There they meet a fellow captive, a barbarian called Ranagor. Diana and Ranagor end up in the arena facing the gnarth, a vicious beast, but will they make it out alive? Find out in Wonder Woman by Walt Simonson & Jerry Ordway, collecting stories from these two legendary creators. Collects Wonder Woman #189-194. 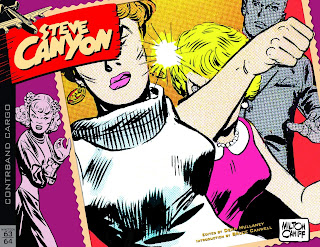 Steve Canyon Volume 9: 1963-1964
Six white horses laid a President to rest as a nation wept, but Milton Caniff knew that a man-and a nation-must carry on. In these stories from 1963-64, the globetrotting Steve Canyon foils diabolical enemy plots in half a dozen countries. Steve goes undercover in Turkey, tries not to get clawed by his old "friend" Cheetah during an encounter in western Mexico, and tackles a communist plot in Africa. After being embroiled in a royal family feud in the fictional kingdom of Mahnay, Canyon has his first brush with military action in a small Indochinese country-Vietnam! Things are no quieter on the home front, as Copper Calhoon and Summer Olsen have it out, while cousin Poteet helps uncover a foreign agent planted at the 1964 World's Fair. It's action, humor, and mystery in the distinctive Caniff style in these never-before-reprinted daily and full-color Sunday comics.