Review: "The Best of Don Winslow of the Navy" 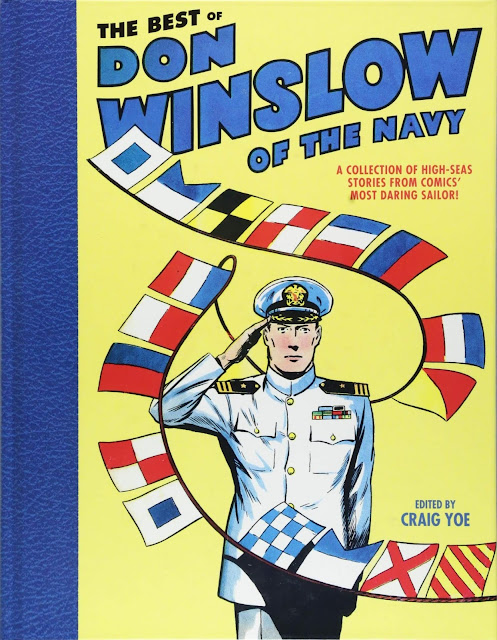 I was a bit alarmed a while back to get a package in the mail from the U.S. Naval Institute. Not the type of thing that usually shows up at my house. I thought maybe I'd been drafted and the box contained a summer white service uniform. I was relieved, instead, to find a hardcover comic book collection inside.

It turns out the Naval Institute, a non-profit that works in support of the U.S. Navy, has a publishing arm and, in partnership with comics archivist Craig Yoe, released this spiffy compilation of "Don Winslow of the Navy" comic book stories.

I'd seen the name before, but Winslow wasn't a character I was familiar with. I learned, reading Yoe's excellent and picture-packed introduction, however, that Don was quite the pop cultural phenom in his day, which stretched from 1934, with the launch of a daily comic strip, through the mid 1950s. During the war years, there was a Don Winslow radio series with associated premium toys, a number of Big Little books, novelizations, a movie serial and, of course, the comic book series.

Published by Fawcett, the first issue of Don Winslow of Navy, published in 1943, featured a cover on which Don is introduced to readers by Captain Marvel, the biggest comic book character of the day. The stories collected here, as might be expected from Fawcett, are better-than-average Golden Age fare. There are some imaginative twists and turns to the plots and the visual storytelling is solid, if not  very distinctive. These stories appeared in a time when most comic book stories lacked credits, but we know from Yoe's intro that writers on the series included Otto Binder and Bill Woolfolk, while artists included Carl Pfeufer and Leonard Starr.

Winslow's creator, a colorful former Navy and FBI man named Frank V. Martinek, evidently did little work on the character outside of coming up with the initial idea of an adventure comic strip as a good PR vehicle for America's naval forces.

Along with the expected Nazis and Japanese troops, Winslow's antagonists include colorful recurring villains such as the criminal mastermind the Scorpion; the stretchy, sewer-pipe slithering Snake, and sultry gal pirate Singapore Sal.

I found the history of the Winslow character more interesting than the stories reprinted here, which are mildly diverting but by no means classic. But if you're a Golden Age and/or Fawcett buff, you may find this book a worthwhile addition to your library. The quality of scholarship (shout out to fellow blogger BookSteve, who contributed research) and printing on display here are top notch. 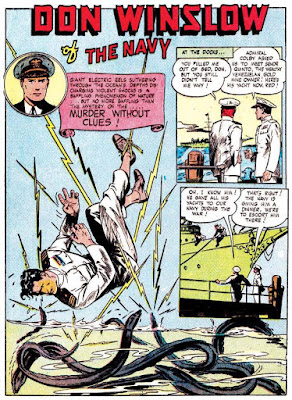 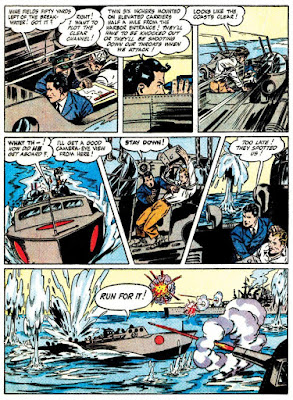 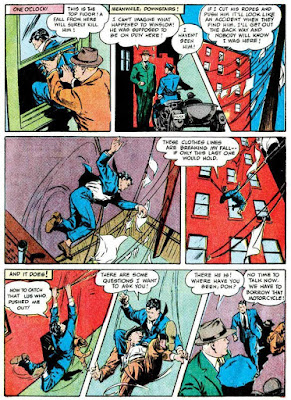 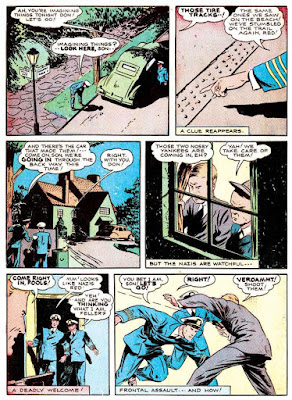 Email ThisBlogThis!Share to TwitterShare to FacebookShare to Pinterest
Labels: Don Winslow of the Navy, reviews