Our picks this week. Click the links to order discounted titles from Amazon. 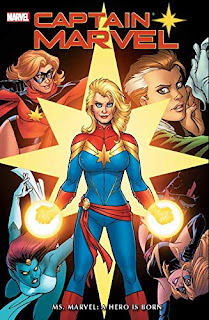 Captain Marvel: Ms. Marvel - A Hero is Born Omnibus
Before she became Captain Marvel, NASA Security Chief Carol Danvers' life had been intertwined with the alien Kree's interventions on Earth. When her genetic structure melded with that of the Kree, Danvers was imbued with new powers and an all-new Marvel hero was born! Famous X-Men writer Chris Claremont weaves complex plots and compelling characterization in the iconic original adventures of Ms. Marvel. The highlights are many: Ms. Marvel meets the Avengers for the very fi rst time. Mystique makes her first appearance. A battle with Ronan the Accuser. Encounters with the Guardians of the Galaxy and Sabretooth. The story reaches its epic conclusion in a Marvel milestone including the X-Men and the Avengers!COLLECTING: MS. MARVEL (1977) 1-23; MARVEL TEAM-UP (1972) 61-62, 76-77; DEFENDERS (1972) 57; MARVEL TWO-IN-ONE (1974) 51; AVENGERS (1963) 200, AVENGERS ANNUAL (1967) 10; MATERIAL FROM AVENGERS (1963) 197-199, MARVEL SUPER-HEROES (1990) 10-11, MARVEL FANFARE (1982) 24 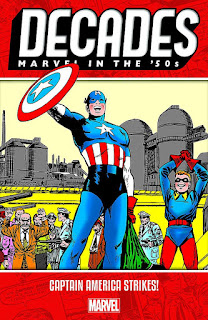 Decades: Marvel in the 50s - Captain America Strikes!
Celebrate 80 years of Marvel Comics, decade by decade - with the complete shield-slinging adventures of the Captain America of the Fab Fifties! As Atlas Comics revived their super hero titles, the star-spangled Sentinel of Liberty took on a new mission - smashing the rise of Communism across the globe! But an old enemy lies in wait: the Red Skull! In this complete collection of Cap's 1950s revival, Captain America and Bucky charge into action against fi fth columnists, Soviet spies, secret agents from around the globe, and fearsome foes from Electro to the Executioner! Plus, a modern-day story pulling back the Iron Curtain on the '50s Cap, as he teams up with none other than Nick Fury!COLLECTING: Material from Young Men 24-28, Captain America (1954) 76-78, Men's Adventures 27-28; Captain America: Theater of War - America First! 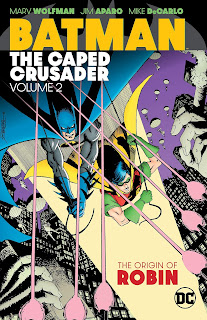 Batman: The Caped Crusader Vol. 2
This new collection of 1980s Batman tales includes the legendary story "A Lonely Place of Dying," in which a new Robin emerges in the form of computer hacker Tim Drake, who rescues Batman from The Joker and Two-Face. This volume also includes the mystery story "The Many Deaths of Batman," and a run of stories in which the Dark Knight must stop crime boss Zucco. Collects Batman #433-444 and Batman Annual #13. 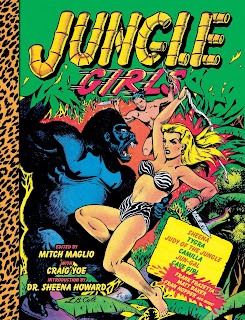 Jungle Girls
Thrill to the adventures of strong women who right wrongs–jungle style! Read all about them in this curated anthology of comic stories from the 1940s and '50s. Sassy, brassy, and beautiful, here are the Jungle Girls of the four-color Golden Age including: Tygra, Princess Pantha, Rulah, Fantomah, Judy of the Jungle, Camilla, Jun-Gal, Cave Girl, and of course, Sheena, Queen of the Jungle! Feast your eyes on the artwork of Frank Frazetta, Fran Hopper, Bob Powell, Everett Raymond Kintsler, Jack Kamen, and last but not least, Matt Baker! Also includes an Introduction by Dr. Sheena Howard, whose book, Black Comics: Politics of Race and Representation won the 2014 Eisner Award for Best Scholarly Work. 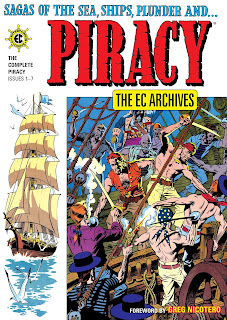 EC Archives: Piracy
Collecting the complete run of the EC Comics cult classic Piracy in color; featuring stories about the violence and cruelty of the pirates that sailed the seven seas.Across these pages sail plunderers, pillagers, buccaneers, whalers, smugglers, pearl divers, treasure hunters, mutineers, and many more, in these brutal tales of life on the water.