Our picks this week. Click the links to order items from Amazon. 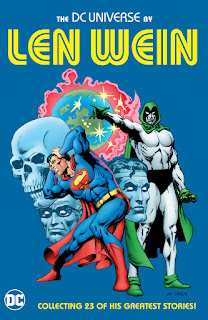 DC Universe by Len Wein
From the Teen Titans to Swamp Thing, Len Wein had his fingerprints on just about every aspect of DC Comics. As a writer and later editor, Wein helped to innovate some of the company's most groundbreaking titles, including work on Watchmen, New Teen Titans, Justice League of America, Saga of the Swamp Thing and more.
Now, for the first time ever, his greatest stories are collected together as a salute to one of DC's most important creators of all time. This sensational story of the DC Universe is told from the dawn of superheroes, starring Superman, Batman, Wonder Woman, Green Lantern, the Justice League of America, the Teen Titans and more! Collects Teen Titans #18 & 20, Phantom Stranger #20-24, JLA #100-102, Action Comics #419-420, #422-423, #425-426, #429, #432, DC Comics Presents #27-29, JLA 80-Page Giant #2, DC Retroactive: Green Lantern - The '80s: Big Betrayal #1, and Swamp Thing Winter Special #1. 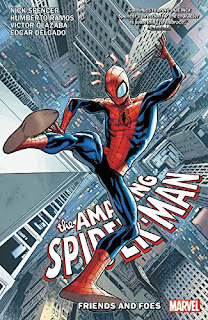 Amazing Spider-Man by Nick Spencer Vol. 2: Friends and Foes
Wondering when Boomerang's status as Spider-Man's roommate would blow up? Well, the time has come and it's all here in this continuation of Nick Spencer's action-packed take on everybody's favorite web-head!
COLLECTING: AMAZING SPIDER-MAN 6-12 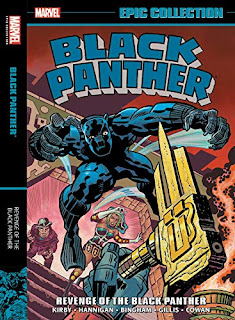 Black Panther Epic Collection: Revenge of the Black Panther
Behold as the Black Panther sets out on adventures that only his co-creator, Jack Kirby, could conceive! T'Challa will discover the secret of King Solomon's frog, encounter alien races, battle eternal samurai warriors and much, much more. The history of the Wakandans, their majestic city, their amazing technology and the origins of Vibranium are also explored with a power and passion that only Kirby can offer. Then, Ed Hannigan and Jerry Bingham present an epic battle between the Black Panther, the Avengers and Ulysses Klaw. Next, T'Challa returns to the American South to root out the evil Soul Strangler's cult. Finally, Peter B. Gillis and Denys Cowan craft a compelling tale as the Panther fights apartheid in the neighboring nation of Azania.
COLLECTING: VOL. 2: BLACK PANTHER (1977) 1-15, MARVEL PREMIERE (1972) 51-53, BLACK PANTHER (1988) 1-4, MATERIAL FROM MARVEL TEAM-UP (1972) 100 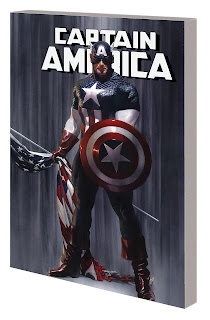 Captain America by Ta-Nehisi Coates Vol. 1: Winter in America
It's winter in America! For over 70 years, Captain America has stood in stalwart defense of our country and its people. But in the aftermath of Hydra's takeover of the nation, Cap is a figure of controversy, carrying a tarnished shield...and a new enemy is rising! Who are they? And how do they intend to co-opt and corrupt the symbol that is Captain America? Distrusted by a nation that seems to have lost faith in him, Steve Rogers is a man out of time - and out of options! Where can a now-unsanctioned Captain America turn for aid and assistance in order to stem the rise of the cabal of influence brokers known as the Power Elite? Join acclaimed BLACK PANTHER scribe Ta-Nehisi Coates for the next chapter of Captain America's life!
COLLECTING: CAPTAIN AMERICA 1-6, FREE COMIC BOOK DAY 2018 (AVENGERS/CAPTAIN AMERICA) 1 (CAPTAIN AMERICA STORY)
at February 20, 2019