"Shazam!" opens in theaters today. We can't speak for the quality of the movie, yet, but we love Captain Marvel the the Marvel Family.


Here's a selection of cool "Shazam!" stuff you might enjoy - ranging from comics collections to clothes and toys. 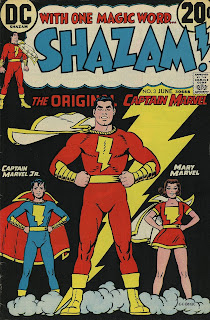 Shazam: The World's Greatest Mortal Vol. 1
In 1973 DC brought back one of comics' most popular heroes: Captain Marvel, also known as Shazam!, whose Golden Age adventures sold in the millions of copies. These new adventures combined the cartoony art of C.C. Beck, the original artist from the 1940s, with the modern, tongue-in-cheek sensibility of writers including Dennis O'Neil (Batman, Green Lantern/Green Arrow).
Collects Shazam! #1-18. 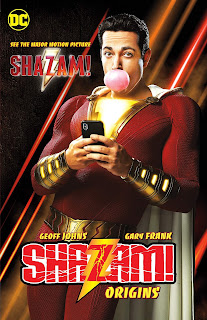 Shazam!: Origins
Young orphan Billy Batson has bounced from foster home to foster home, but he's far from the ideal child. Brash and rude, Billy is a troubled teen who just can't seem to find a calling. But after a fateful night on a subway car, that all will change.
Brought to the feet of the magical wizard Shazam at the Rock of Eternity, Billy is imbued with powers beyond any mortal man. By shouting the wizard's name--Shazam!--the young teen is mystically transformed into the powerhouse known as Captain Marvel! Now given abilities that make him Earth's Mightiest Mortal at the utterance of a simple phrase, will Billy make the right choices and do what it takes to become a hero? Or will he succumb to the poor choices of youth--and the villainous Black Adam?
Perfect for any new fan of the World's Mightiest Mortal, this new edition of Geoff Johns and Gary Frank's classic graphic novel features a photo cover of star actor Zachary Levi. Collects Justice League #0, #21 and stories from Justice League #7-11, #14-16 and #18-20. 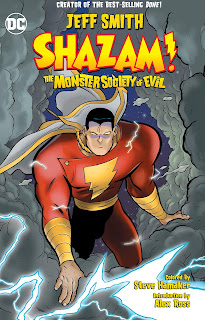 Shazam!: The Monster Society of Evil by Jeff Smith (New Edition)
When Billy Batson follows a mysterious stranger onto the subway, he never imagines he's entering a strange world of powerful wizards, talking tigers, kid eating monsters, political intrigue and mysterious villains. But Billy encounters all that and more when the wizard gives him a magic word that transforms him into the world's mightiest mortal. Now, he must use his extraordinary new abilities to face an incoming invasion of alien creatures and to stop mad scientist Dr. Sivana and his Monster Society of Evil from taking over the world!
Acclaimed and award-winning writer and artist Jeff Smith (Bone) brings his talent for crafting stories with adventure, humor and gorgeous artwork as he reimagines Shazam! for a whole new generation of readers.
Collects Shazam!: The Monster Society of Evil #1-4 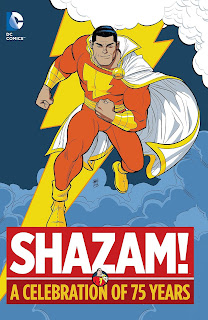 Shazam!: A Celebration of 75 Years
2015 marked the 75th anniversary of Shazam! DC Comics is proud to present this new hardcover anthology collecting some of Shazam's greatest stories. 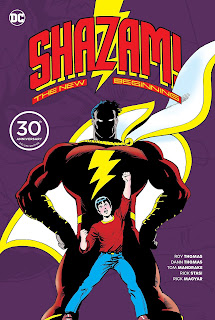 Shazam: A New Beginning 30th Anniversary Deluxe Edition
Presents the complete Shazam! stories from legendary comics author Roy Thomas, his co-writer and wife Dann Thomas and acclaimed artists Tom Mandrake, Rick Stasi and Rick Magyar. Featuring a new introduction by the author, this special hardcover edition reveals a unique and never-before-reprinted chapter in the history of one of the most beloved and enduring superheroes of all time! Collects SHAZAM!: THE NEW BEGINNING #1-4 and the Captain Marvel stories from ACTION COMICS WEEKLY #623-626. 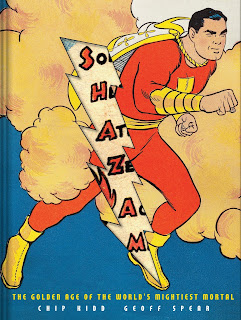 Shazam!: The Golden Age of the World's Mightiest Mortal
Shazam made his debut in Whiz Comics in 1940, and outsold his biggest competitor, Superman, by 14 million copies a month. It wasn’t long before a variety of merchandise was licensed—secret decoders, figurines, buttons, paper rockets, tin toys, puzzles, costumes—and a fan club was created to keep up with the demand. These collectibles now sell for outrageous prices on eBay or in comic book stores and conventions. Seventy years later, an unprecedented assortment of these collectibles are gathered together by award-winning writer/designer Chip Kidd and photographer Geoff Spear. Join Kidd, Spear, and the World’s Mightiest Mortal in this first, fully authorized celebration of ephemera, artwork, and rare, one-of-a-kind toys, and recapture the magic that was Shazam! 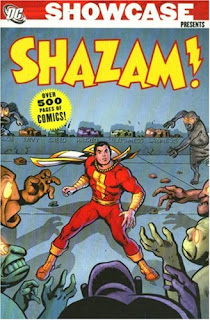 Showcase Presents: Shazam!
A collection of the first 33 issues of the 1970's comics in which Billy Batson, an adolescent newscaster, is given god-like powers by the wizard SHAZAM and becomes Captain Marvel, the world's mightiest mortal! 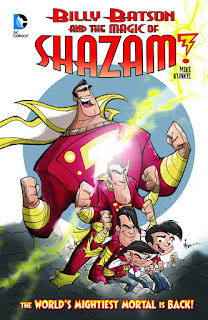 The World's Mightiest Mortal! (Billy Batson and the Magic of Shazam!)
Thanks to a magical rift created when Captain Marvel battled Mr. Mind's monsters, 14-year-old Theo Adam has been returned to Earth from his banishment. But Theo has one problem: he can't remember the magic word that gives him the powers of Black Adam. There's only one solution: follow Captain Marvel and get the word out of his alter ego, 11-year-old Billy Batson. 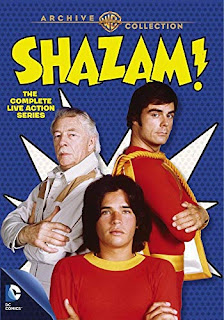 Shazam! The Complete Live-Action Series
By uttering a single magic word young Billy Batson transforms himself into the world’s mightiest mortal, Captain Marvel. The acronym of the first letters of the names of the six elders who train Billy with their respective special gifts: Solomon, wisdom; Hercules, strength; Atlas, stamina; Zeus, power; Achilles, courage; and Mercury, speed, in a word...SHAZAM! Now, the entire series is available in this 3-disc set featuring every exciting episode of this classic television show!
When sold by Amazon.com, this product is manufactured on demand using DVD-R recordable media. Amazon.com's standard return policy will apply. 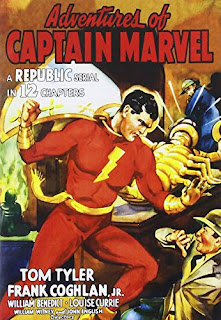 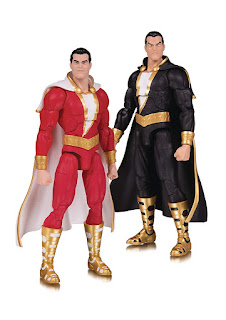 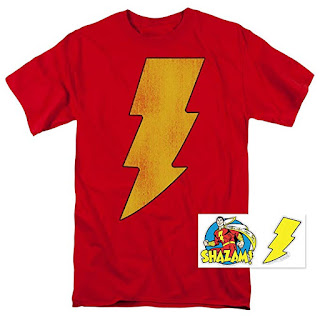