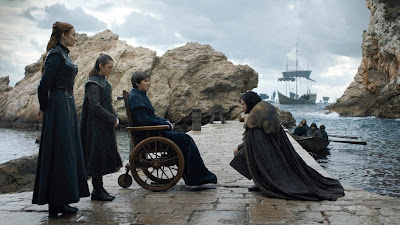 SPOILERS: After two, super-intense, episode-long battles, I found the final episode of "Game of Thrones" a bit slow and underwhelming. I appreciate the symmetry of naming Bran heir of the (now melted) Iron Throne elegant, but also a bit dissatisfying.

There were so many spectacular female characters on this show, it would've been nice to see one of them ascend. Why not Sansa or Arya? It's sort of like a presidential primary where there are lots of impressively qualified women in the race, but then somebody's creepy old uncle comes along and becomes the automatic front runner. Not that that would happen in our word. But, low-energy Bran (seriously, he looks like he's about to doze off half the time) has mystical powers and stuff, so there you go.

All-in-all, though, GOT was a captivating series. Lot of great characters and twists and turns. Not that it wasn't flawed. The torture, violence and, particularly, the sexual violence, was often more extreme than warranted. But I grew attached to many of the characters, some of which even made it to the end!

Now, will George R.R. Martin ever finish those books...? 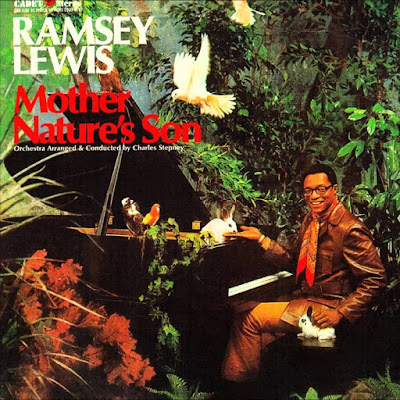 Ramsey Lewis - "Mother Nature's Son." I picked this one up at a record sale a while back and found it unexpectedly groovy. I was expecting Beatles covers in Lewis' soulful trio format, ala his hit cover of "The 'In' Crowd." Instead, we get a batch of hot-of-the-presses "White Album" tunes with full orchestra and lots of wild, psychedelic production touches. Very much worth a listen. 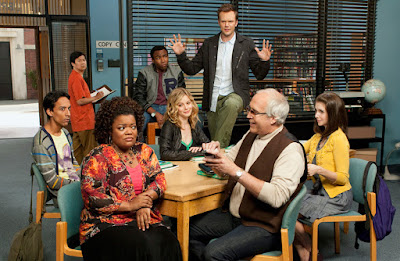 "Community." My wife and I are re-watching this series on Hulu with our teen daughter and I'd totally forgotten how brilliant it is. The ensemble - including Chevy Chase, Alison Brie, Gillian Jacobs, Ken Jeong, Joel McHale and a yet-to-break-big Donald Glover - is fantastic, as are the "meta" concepts. On-the-spectrum character Abed (Danny Pudi) treats life as a TV show or movie, a perspective that's reinforced by numerous concept episodes, which include parodies of "Doctor Who," a clay-animated Christmas special and, of all things "My Dinner with Andre." My appreciation is renewed - the smartest/silliest thing I've ever seen. If you haven't watched it, you're in for a treat.
at May 20, 2019