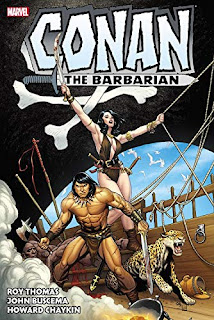 Conan the Barbarian: The Original Marvel Years Omnibus Vol. 3
Battle runs through Conan's life like the blood in his veins. A stint with the mercenary Crimson Company isn't enough to quench his furor - but perhaps consorting with Bêlit, pirate queen of the Black Coast, can! Together, Conan and Bêlit will reave across Hyboria's high seas and into the dark depths of its jungles. There, Conan will earn his honored name - Amra - in one of the Cimmerian's greatest epics! Master storytellers Roy Thomas and John Buscema follow with a saga that brings Conan, Kull and even Red Sonja together! All the while, the struggle to reclaim Bêlit's title and lands from the Stygians carries on! Also featuring an adaptation of Robert E. Howard's first Conan tale - and a massive trove of rare bonus material!
COLLECTING: CONAN THE BARBARIAN (1970) 52-83, ANNUAL (1973) 2-3, GIANT-SIZE (1974) 5, POWER RECORDS 31 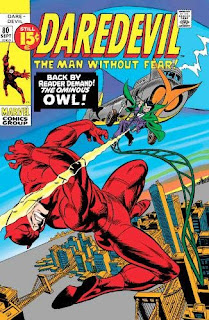 Daredevil Epic Collection: A Woman Called Widow
Daredevil heads out to the Left Coast in a quest to earn back the love of Karen Page - and L.A.'s never been stranger! A cast of bizarre and action-packed enemies stands between DD and the woman he loves. Back in the Big Apple, Daredevil teams up with the Black Panther and joins forces with Iron Man and Nick Fury. Then, one of the greatest eras in the history of the Man Without Fear begins when Black Widow and Daredevil become partners. Together, they face Spider-Man and Sub-Mariner, the Man-Bull, the Owl, the Scorpion and more. The drama isn't only action: With the Black Widow in Daredevil's life, what will become of Matt Murdock's relationship with the lovely Karen Page? 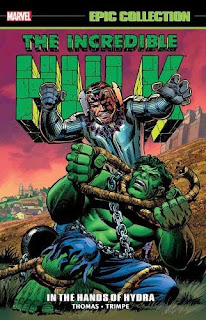 Incredible Hulk Epic Collection: In The Hands Of Hydra
It's time to Hulk-out! We begin with bare-fisted battles against the Sub-Mariner, the Inhumans and the bizarre swamp beast, the Glob! Then, the Hulk and the Thing go mano-a-mano. With Reed Richards' help, the man inside the monster is freed, allowing Bruce Banner to step up to the wedding altar with Betty Ross. But when the Leader and the Rhino return, happily ever after is the last thing they have in mind. There's also an earth-shaking battle between the Hulk and the Avengers; the Absorbing Man; a team-up with Dr. Strange; the unbelievable separation of Banner and the Hulk into separate beings; and the hordes of Hydra. This Hulk-sized Epic Collection will leave you feeling green and loving it!
Collecting: Incredible Hulk (1968) 118-137, Marvel Super-Heroes (1967) 16 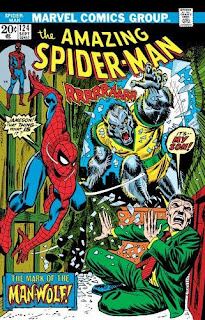 Man-Wolf: The Complete Collection
When J. Jonah Jameson's astronaut son, John Jameson, brings a strange red gemstone back from the moon, he finds himself transformed into the macabre Man-Wolf! Becoming a lycanthropic creature on the loose, the Man-Wolf battles Spider-Man, Morbius, Kraven the Hunter and more - while investigator Simon Stroud comes ever closer to the Man-Wolf's true identity! Jameson soon discovers the truth behind the gem - but does his destiny lie in Other Realm, wielding the sword of the Stargod? Or will the parasitic stone mean his destruction? Man-Wolf takes on Frankenstein's Monster, She-Hulk and more -but can Spider-Man save him from a fate worse than death?
COLLECTING: AMAZING SPIDER-MAN (1963) 124-125, 188-190; GIANT-SIZE SUPER HEROES 1; CREATURES ON THE LOOSE 30-37; MARVEL PREMIERE 45-46; MARVEL TEAM-UP (1972) 36-3 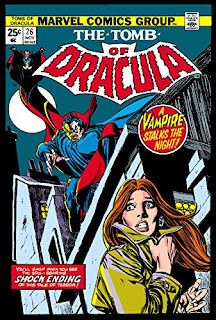 Tomb of Dracula: The Complete Collection Vol. 3
Step once more inside the Tomb of Dracula for more superior supernatural stories of the Seventies! First, the debut of Hannibal King - a detective with a vampiric secret! Then, Dracula is drawn into a struggle to control the powerful statue of the Chimera! Flash back to Dracula's first meeting with Blade the Vampire Hunter - and when Quincy Harker learns that the Lord of Darkness still lives, it's time for a savage showdown that explores their full bitter rivalry! But who else has targeted Dracula? As the saga unfolds, it draws in Rachel Van Helsing, Frank Drake...and Brother Voodoo! Plus, a New York policeman's world is transformed by Dracula! And the Devil's Heart, and many more terrors, await across the centuries in tales from the vampire's past!
COLLECTING: TOMB OF DRACULA (1972) 25-35, GIANT-SIZE DRACULA 3-4, DRACULA LIVES 8-12 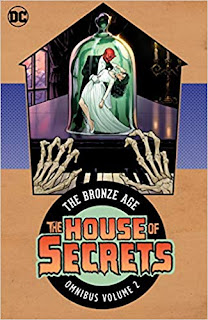 House of Secrets: The Bronze Age Omnibus Vol. 2
As one of the most celebrated anthology titles of the Bronze Age of Comics, THE HOUSE OF SECRETS cemented its iconic status in the 1970s under the transformative leadership of editor Joe Orlando, whose impeccable instincts yielded a cornucopia of devilish delights in every intriguing issue.
Now these classic tales of the mysterious and the macabre are gathered for the first time in a handsome hardcover edition. HOUSE OF SECRETS: THE BRONZE AGE OMNIBUS VOL. 2 collects issues #112-154 of the acclaimed series and features tantalizingly terrifying work from a host of comics' greatest talents, including writers Gerry Conway and Michael Fleisher and artists Alex Toth, Alex Niño, Alfredo Alcala and many more.
at July 19, 2019