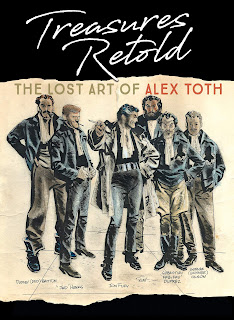 Treasures Retold: The Lost Art of Alex Toth
Alex Toth's significance to comics and animation art cannot be overstated. During his career, he was the comic industry's foremost proponent of modern design and composition. Starting in 1950, his work influenced almost every one of his contemporaries, and has continued to work its magic on the generations that followed. In animation, his 1960s model sheets for Hanna-Barbera are still passed around as swipe sources from animator to young animator in the 21st Century. Included are complete stories from the 1950s and beyond, recently discovered color animation storyboards and presentation drawings, sketches and doodles, industrial comics, and individual pages from obscure comics and magazines. It's a treasure trove that makes a fitting companion to the Eisner Award-winning Alex Toth: Genius trilogy. 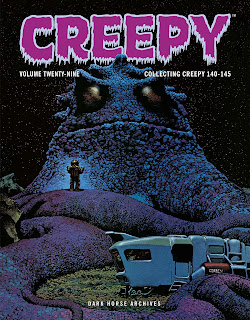 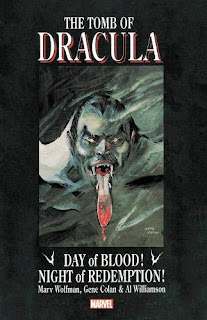 Tomb of Dracula: Day of Blood, Night of Redemption
Supernatural dream team Marv Wolfman, Gene Colan and Al Williamson reopen the Tomb of Dracula in this prestige-format series for Marvel's Epic imprint - collected for the first time! Dracula is dead...but his last living descendant, Frank Drake, is being manipulated by a shadowy occult investigator - who plans to revive the lord of the vampires! But when Dracula comes roaring back to life, can Blade the Vampire Hunter be far behind? The vampire king is once again free to stalk the earth, but the world has changed much in his absence. As Dracula targets Frank's wife Marlene and concocts a gruesome scheme to obtain power via human sacrifice, can Drake, Blade and their ragtag band return him to his eternal grave? Experience Dracula's terrifying return in this lavishly illustrated tale of horror!COLLECTING: TOMB OF DRACULA (1991) 1-4 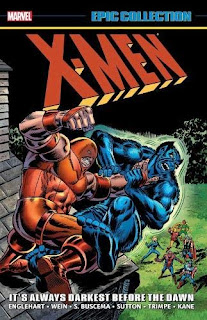