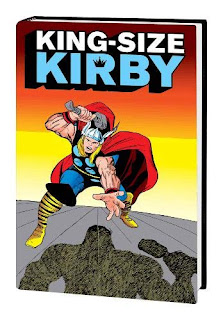 Kirby is…Mighty! King-Size
Kirby imagined modern mythologies that spanned the cosmos and remade gods. Kirby created action sequences so powerful galaxies shook. Kirby's Thor is the most epic comic book saga ever told. Kirby is...Mighty! Kirby is Mighty! is brings together a host of the greatest Thor tales drawn by Jack "The King" Kirby. They're stories so exciting, so massive in scope, so utterly epic that even Marvel's King-Size format struggles to contain them. Featuring Thor's first appearance; a bruising battle between Thor and Hercules; the mind-bending first appearance of Ego the Living Planet; the invasion of Asgard by Ulik and his horrifying troll army; and concluding with multi-part saga where Thor faces the immeasurable power of the world-devourer Galactus that reveals Galactus' origin. 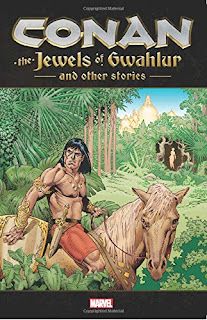 Conan: The Jewels of Gwahlur and Other Stories
Conan the Barbarian hunts one of the world's greatest treasures in an action-packed adaptation by P. Craig Russell! As Conan seeks the prized Teeth of Gwahlur, he discovers that a former dancing girl is being compelled to posing as a long-dead oracle. Can he use this knowledge to outfox his opponents on the hunt for the jewels? Plus, in more action-packed tales by top-flight talent, a king's daughter is kidnapped by a sorcerer - and only Conan and the girl's sister can save her! And, intrigued by a leader known as the "Mad King of Gaul," Conan joins his army - but when tragedy strikes, will Conan be worthy to wear the crown? 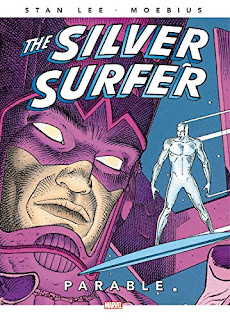 Silver Surfer: Parable 30th Anniversary Oversized Edition
One of the all-time great stories of the Silver Surfer, by the legendary Stan "The Man" Lee and visionary French artist Jean Giraud, aka Moebius - as stunning now as it was 30 years ago! A star falls to earth. Panic grips the planet as mankind prepares for its inevitable end. But the star is a ship, and inside is a god. All he asks is adoration. Overcome with relief, man rushes to obey. There is only one voice of dissent that will not be silenced: the Silver Surfer, who recognizes the "god" as his former master! But why has Galactus encouraged mankind to live down to his darkest nature? The Sentinel of the Spaceways stars in a bewitching tale of man's folly and nobility. 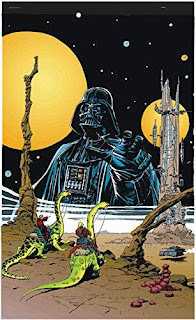 Star Wars Legends Epic Collection: The Newspaper Strips Vol. 2
More classic tales of Star Wars torn from the newspapers of a long time ago! Luke Skywalker, Princess Leia, Han Solo, Chewbacca, C-3PO and R2-D2 continue to take the fight to the Empire, but it's a dangerous galaxy out there! As Luke is enslaved by the Serpent Masters, Doctor Arakkus prepares a death trap, and the rebels' base is besieged! There are dangers in the depths of Aquaris, and an ancient threat lurking in the heart of Yavin's moon! But who is that claiming to be Ben Kenobi?! As the Rebel Alliance prepares to relocate to the ice planet of Hoth, Luke gears up for a climactic showdown with Darth Vader - and Han Solo faces down a rogues' gallery of bounty hunters including the mysterious Boba Fett!