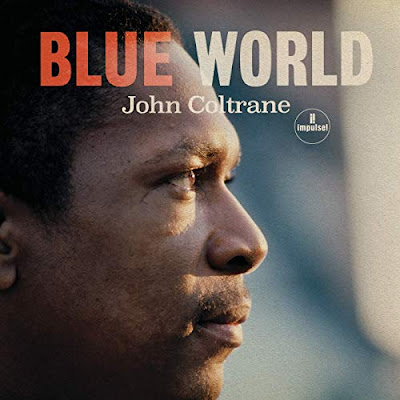 Just over a year after Impulse! Records issued a previously unreleased recording session by the John Coltrane Quartet as Both Directions at Once, another "new" Coltrane session has turned up. It'll be issued as Blue World by Impulse! on Sept. 27.


[Blue World] was recorded at Van Gelder Studios on June 24, 1964 — a few weeks after the quartet put a finishing touch on the album Crescent — as the soundtrack to a Canadian art film. Because the date had gone unnoted in session recording logs, this music has occupied a blind spot for Trane-ologists, archivists and historians.

But it's featured prominently throughout the film, Le chat dans le sac (The Cat in the Bag) — a coolly stylized, politically charged docufiction by Gilles Groulx, considered a landmark of Québec cinema. Within the first two minutes of screen time — during direct-to-the-camera intros by Barbara and Claude, the young idealists whose uncoupling provides the film with its narrative tension — you can hear Coltrane's quartet start into his exquisite ballad "Naima."