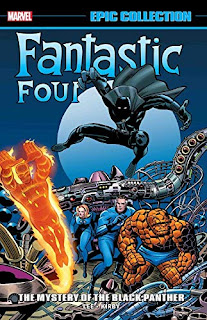 Fantastic Four Epic Collection:
The Mystery Of The Black Panther
Stan Lee and Jack Kirby unveil yet another unmatched Marvel milestone: the first appearance of the world's fi rst African super hero, the Black Panther and his kingdom of Wakanda! And that's just the start! The Thing goes toe-to-toe with the Silver Surfer, the Human Torch faces his 1940s namesake, and the FF must face Doctor Doom - when he's armed with the Silver Surfer's Power Cosmic! Next, it's another instant classic with the first appearances of Blastaar, the alien Kree and Ronan the Accuser, Sentry 456, and that spaghetti-headed wonder, the Supreme Intelligence. If that wasn't enough, the utopian scientists of the Enclave unleash a golden being known as "Him" (A.K.A. Adam Warlock) upon the Marvel Universe.COLLECTING: VOL. 4: FANTASTIC FOUR (1961) 52-67, ANNUAL (1963) 4-5; MATERIAL FROM NOT BRAND ECHH (1967) 1, 5 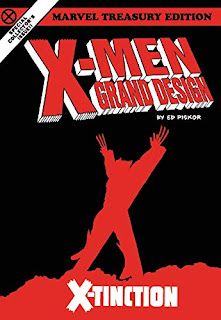 X-Men- Grand Design - X-Tinction
The series that has critics and fans raving returns for its final installment! The ruination of the X-Men revisited! Re-live the now-classic storylines like Mutant Massacre and The Fall of the Mutants. With appearances by Longshot, Cable, and The Marauders! Out with old and in with the Blue and Gold as the X-Men enter the radical 90s! Revisit innumerous classic storylines like the return of Jean Grey! The trial of Magneto! X-Tinction Agenda! And many, many more! With appearances by Jubilee, Gambit, and The Reavers! Brought to life by the multi-hyphenate master of graphic fiction himself, Ed Piskor! 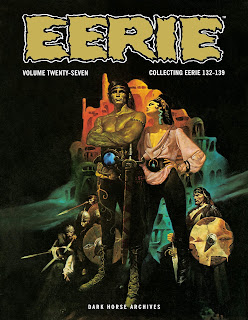 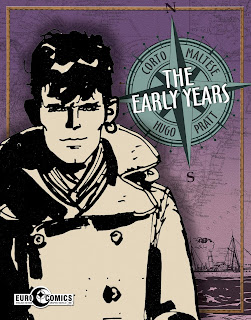 Corto Maltese: The Early Years
The protagonist of this tale, actually, is not the 18-year-old Corto, but Rasputin, a deserter from a Siberian rifle regiment, and the writer Jack London, who was a war correspondent in the region at that time. London is already friends with Corto and introduces the sailor to the unpredictable Russian, who even as a young man kills with disconcerting ease and is ready to lie and betray without hesitation. It is, however, "the beginning of a beautiful friendship" that continues throughout the series. As a bonus, the book includes additional material that sets up the entire series, as well as several never-before published pages that Pratt intended for a continuation of the tale, in which Corto and Rasputin were to embark on a search for King Solomon's mines.
at August 21, 2019