Our picks this week. Click the links to order collected editions from Amazon. 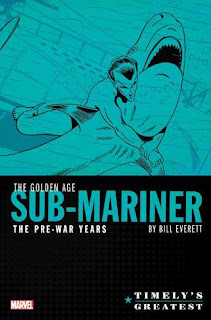 Timely's Greatest: The Golden Age Sub-Mariner
By Bill Everett - The Pre-War Years Omnibus
Marvel proudly presents TIMELY'S GREATEST, a series of once-in-a-lifetime volumes presenting the greatest stories of the Golden Age, when Marvel was known as Timely Comics! Our debut volume celebrates the incomparable adventures of comics' first antihero, Prince Namor the Sub-Mariner! Bill Everett's Sub-Mariner cut a bold path, defending his undersea kingdom, invading New York City, fighting the Axis powers, and battling both against and alongside the Human Torch! Like his signature character, Everett was an iconoclast ahead of his time. His lush, detailed artwork and engrossing ongoing storylines were unlike anything else of the era! For the first time ever, experience every adventure of Prince Namor from his 1939 debut through Bill Everett's February 1942 induction into the armed services.COLLECTING: MARVEL COMICS 1; MARVEL MYSTERY COMICS 2-31; SUB-MARINER COMICS 1-4; HUMAN TORCH 2-6; ALLWINNERS COMICS 1-4; DARING MYSTERY COMICS 7-8; COMEDY COMICS 9 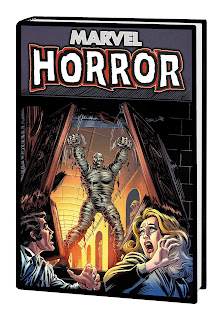 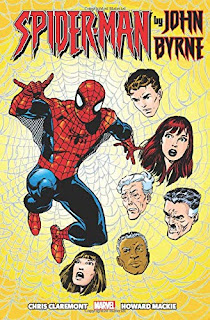 Spider-Man by John Byrne Omnibus
Every Spider-Man story illustrated by the legendary John Byrne, collected in one huge hardcover!
Spider-Man is put through his paces as he teams with the Hulk, the Wasp, Ms. Marvel, Iron Fist, Captain Britain, Man-Thing, Thor, Luke Cage and more! Spider-Man battles Man-Wolf, Doctor Octopus and the Ringer! Revisit chapter one of Spider-Man's history as the web-slinger faces his most fearsome foes for the first time! And a legend is reborn as Peter Parker returns to the Spider-Man costume, kicking off an amazing run featuring daring drama, fresh faces and classic foes!
Collecting: Marvel Team-Up (1972) #53-55, 59-70, 75; Amazing Spider-Man (1963) #189-190, 206, Amazing Spider-Man Annual#13; Spectacular Spider-Man (1976) #58; Spider-Man: Chapter One #0-12; Amazing Spider-Man (1999) #1-18; Marvel Authentix: Amazing Spider-Man #1 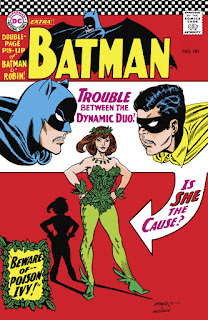 Batman #181 facsimile edition
"Beware of-Poison Ivy!" The debut of one of the Dynamic Duo's greatest foes is reprinted in this new facsimile edition, just in time for HARLEY QUINN AND POISON IVY #1! In this story, Poison Ivy crashes an art gallery opening to announce that she intends to become Gotham City's greatest villainess! How will the Caped Crusaders stop her mad plan-when Ivy's kisses can cloud men's minds? And in the backup story,  Batman must help one of the Mystery Analysts of Gotham City when she's threatened by a mysterious voice. This issue also includes a two-page pinup of the Dynamic Duo! 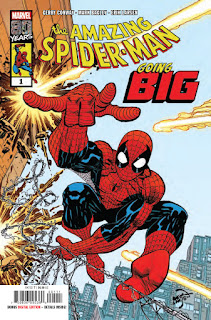 Amazing Spider-Man: Going Big
• Erik Larsen returns to the book he revolutionized back in the 90's with a story that will remind you why!•  Legends Gerry Conway and Mark Bagley team up for a KILLER Spidey story that'll keep you guessing until you read the last page. 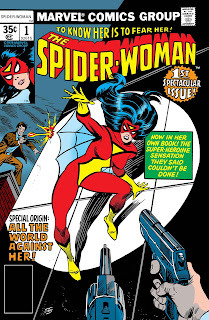 Spider-Woman #1 facsimile edition
To know her is to fear her! She's Jessica Drew - the sensational Spider-Woman! Jessica was born human, but now she's something very different. Thanks to Hydra, her past lies in tatters - and she faces an uncertain future! But who will Jessica Drew become? A villain? A super hero? Or something else? One thing's for sure, she's about to make a very public splash - and catch the attention of S.H.I.E.L.D. Agent Jerry Hunt in a big way! Watch as the sensation called Spider-Woman emerges from the shadows to find her place in the world for the first time! It's one of the all-time great Marvel comic books, boldly re-presented in its original form, ads and all! Reprinting SPIDER-WOMAN (1978) #1.
at September 04, 2019