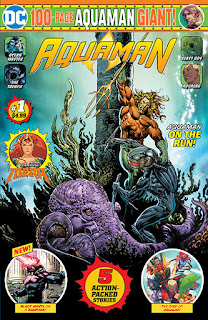 Aquaman Giant #1
This issue includes two new stories:o "Aquaman Vs. Black Manta," a 16-page story written by Steve Orlando with art by Daniel Sampereo "Attacked by Scorpio," an eight-page story written by Marv Wolfman with art by Pop MhanPlus, these reprint tales: o "Throne of Atlantic: Prologue," from Aquaman #14o "A Queen in Exile," from Mera: Queen of Atlantis #1o "The Rise of Aqualad Part One," from Teen Titans #6 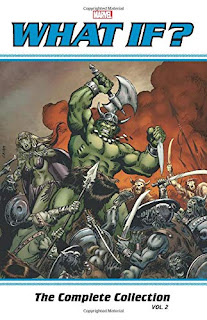 What If? Classic: The Complete Collection Vol. 2
Classic tales of boundless imagination from the Marvel Multiverse! Uatu the Watcher asks some of the biggest "What if?" questions of all - beginning with: What if Conan the Barbarian walked the Earth today?! Join Sgt. Fury and his Howling Commandos - in space! Consider the possibilities if someone else had become Nova! And find out what would have happened if Ghost Rider, Spider-Woman and Captain Marvel had remained villains! Stephen Strange becomes a disciple of Dormammu, Spider-Man stops the burglar before Uncle Ben is killed, and the Avengers fight the Kree/Skrull War without Rick Jones! But can you visualize a world where Susan Storm marries Namor, the Sub-Mariner? Or one where Doctor Doom becomes a hero? Plus, what if the Hulk's girlfriend Jarella didn't die - and what if the radioactive spider bit Aunt May?!COLLECTING: WHAT IF? (1977) 13-15, 17-23 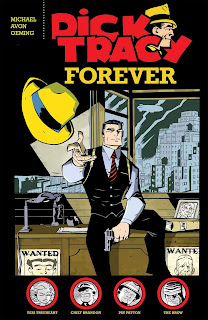 Dick Tracy Forever
Dick Tracy is Sisyphus, pushing the law boulder up the hill as he struggles for reason and order in a world with none. His attempts at law and order are met with crime and chaos, in the form of unpredictable and absurd villains. But Dick Tracy will never give up trying, no matter the era or incarnation. Join Eisner Award-winning creator Michael Avon Oeming (Powers, The Mice Templar) on a startling case through time and space! 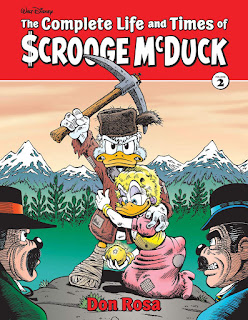 The Complete Life and Times of Scrooge McDuck Vol. 2
In the first half of the internationally acclaimed comics collection The Complete Life and Times of Scrooge McDuck, Don Rosa tells the tale of how Uncle Scrooge earned his fortune. In Volume 2, he still has more secrets to tell from Scrooge’s legendary life ― including a rollicking Yukon adventure involving Glittering Goldie (that might just break your heart!). Fantagraphics proudly presents, in a handsome hardcover, the fan-favorite Scrooge McDuck life story as it’s never been told before ― in chronological order ― with “in-between” untold tales. Full-color illustrations throughout.
at October 30, 2019