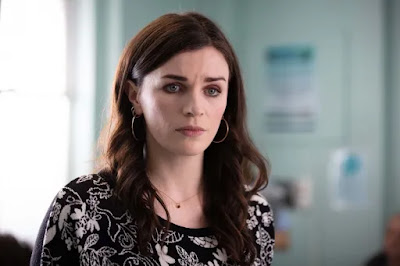 "This Way Up." Streamed this one on Hulu because it was billed as similar to the brilliant "Fleabag." And it is similar - uncannily, but apparently unintentionally so. The lead character Aine, played by Irish comedian/actress Aisling Bea, is a emotionally troubled young woman hiding behind a wicked sense of humor and I-could-care-less attitude. There are shared themes with "Fleabag" of loss, suicide and intimacy without true connection. And, as in "Fleabag," the lead's key foil is a more-together sister, in this case played by the awesome Sharon Horgan, of "Catastrophe." The humor here isn't as pointed as on "Fleabag," and the writing isn't as innovative and original, but it's all very, very good and affecting. It's sad in a way that comparisons can be made, because this is an excellent series in it's own right and well worth a look. I'm looking forward to season 2. 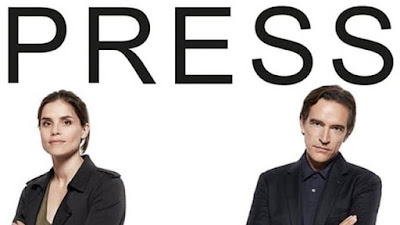 "Press." This one is a "Masterpiece Contemporary" drama, which I streamed on PBS. The focus is on rival British newspapers (a novel concept in the U.S.) and staff members at both. The papers are struggling because...their papers! And they're trying to hang onto their readership via, in one case, sensational storytelling and, in the other, solid investigative journalism. It's a tough proposition in either case when your real competition is Facebook, but of course we're meant to root for the true journalists, who value truth above all else. It's all somewhat interesting for a while, but becomes labored and predictable fairly quickly. Ben Chaplin is kinda good/kinda annoying as the editor of the sensational rag, while Charlotte Riley is believable (although plot isn't, really) as a crusading editor/reporter at the "good" paper. It also seems sort of dated now. I wish people card about this stuff. 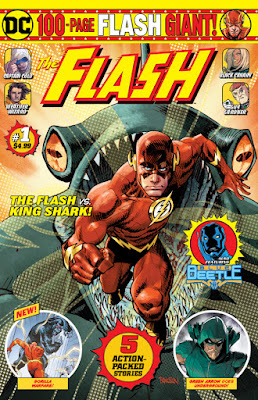 DC 100-Page Giants. Nearly all my comics reading these days is via collected editions - which are collected in piles in my bedroom and office, awaiting to be read. But these new 100-pagers from DC have got me buying "regular" comics again, too. So far, I've picked up the first issues of the Flash, Batman and Swamp Thing Giants. My reading and buying of these is largely nostalgia driven. I remember fondly diving into DC's 100- and 80-page comics of the 1970s. They were a great introduction into character histories and the DC Universe. These new 100-pagers are fun, too. I like that they mix standalone stories with continued tales. Despite not having tuned into the Flash or Batman for awhile, I found the stories included in the first issues of their respective "Giants" to be accessible and entertaining. I like the fact, too, that these comics mix in other characters, such as Zatanna in Swamp Thing, Green Arrow and Black Canary in The Flash, and Nightwing in Batman. It's all fun, bountiful and budget-friendly reading. The one thing not included that I'd like to see is some older stories that draw on the rich history of these characters and DC's history. Why not some stuff from the Golden, Silver and Bronze Ages? DC shouldn't be fearful that younger readers won't like some of this stuff. One of the things I loved most about the 100- and 80-pagers of my youth is that they did include Golden Age stories. They fostered my love of comics history and creators of the past. Definitely something for DC to think about. 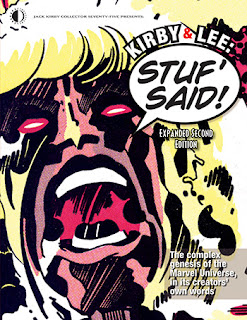 "Kirby & Lee: Stuf’ Said!: The Complex Genesis of the Marvel Universe, in its Creators’ Own Words." I reviewed this excellent book here back in March but it's now out in a slightly expanded edition. If you didn't buy it earlier, you can get the new version here. If you did get it earlier, I wouldn't say you need the updated version, though it adds 16 pages of new content and illustrations. It's your call! But if you're deeply interested in Jack Kirby and Stan Lee and who did what in terms of creating the Marvel Universe, you should check out one edition or the other.
at November 14, 2019