"Bewitched" takes on racism in 1970 Christmas episode: "Sisters at Heart" 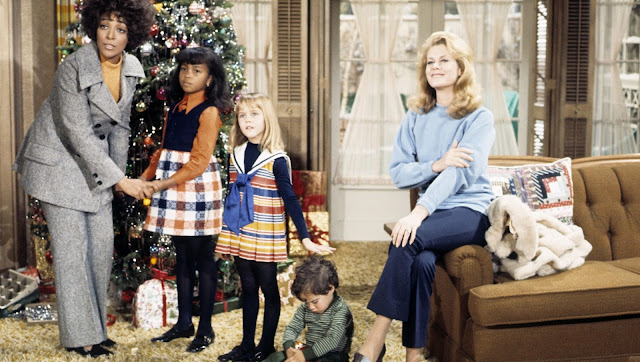 What was moving and groundbreaking 50 years ago can be cringey today. But "Sisters at Heart," the Christmas Eve, 1970, episode of "Bewitched," while dating badly in some ways, still has a lot to say. It also has cool back story.
In 1969, "Bewitched" star Elizabeth Montgomery and her husband William Asher, producer of the show, received a letter from Marcella Saunders, a teacher at a Los Angeles high school saying that her students loved the show. Most kids in her class, Saunders said, struggled with reading and comprehension, and she felt that learning more about the importance of reading, writing and storytelling to TV programs might be inspiring.

Montgomery and Asher responded by inviting Saunders' all-African American class to visit the show's set and the kids left inspired enough to try their hand at writing a script for the program.
Montgomery and Asher loved the story the kids came up with and decided to use it. Only a few minor revisions were required. "We've had bad scripts submitted by professional writers that weren't as well written or creative," Montgomery later said.
In the story, Tabitha, the daughter of Montgomery's character, Samantha, gets upset when she's told by another child that she couldn't possibly be the sister of her friend, Lisa, because Tabitha is white and Lisa is Black.

Tabitha, like her mom, is a witch, too, and later casts a spell making her skin white with black spots and Lisa's black with white spots, to demonstrate they can, indeed, be sisters. This, of course, is awkward, and—likely nearly every episode of "Bewitched"—puts Samantha and Tabitha at risk for being outed as magical. There's also a sub-plot about a racist businessman, Mr. Brockway, who's a potential client at the ad firm where Samantha's husband, Darrin, works. 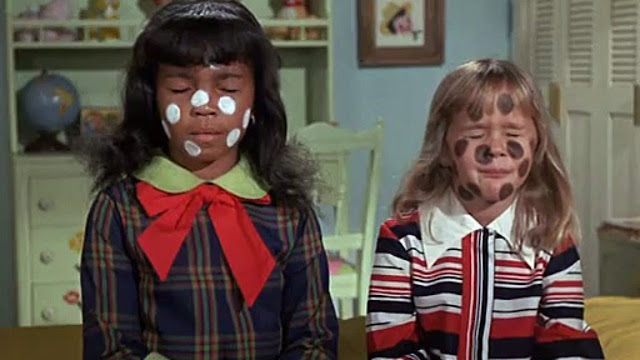 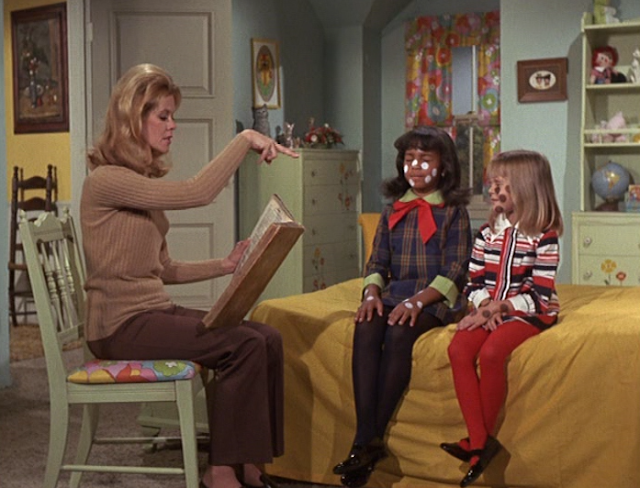 Over the course of the show, we learn, of course, that race poses no barrier to sisterhood and Mr. Brockway gets his comeuppance. And there's also some unfortunate, full-on blackface, not just spotted skin. For that reason, the show doesn't hold up well today. But at the time, the series was taking a risk in the message it was sending, and the use of the students' script was heartwarming. As a Christmas episode, it truly had something to say that was in the spirt of the season. Looking back now, yes, it's weird and inappropriate in many ways, but also very right, too. The episode won an Emmy and Montgomery later said it was her favorite of the series.

You can watch the whole thing here, starting with this special introduction by Montgomery:
at December 20, 2020