Comics out today: The Eternals: The Complete Saga Omnibus 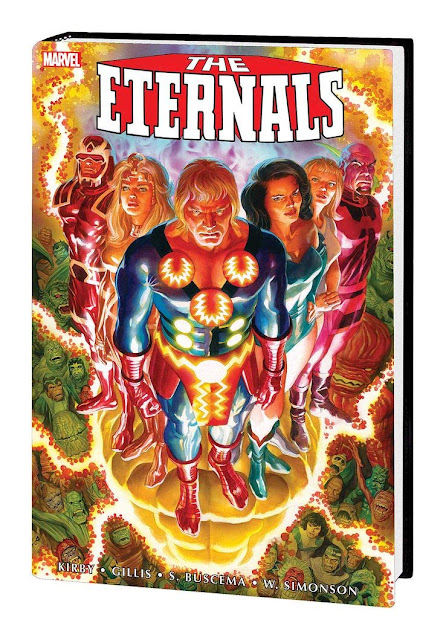 A big new book collects Jack Kirby's complete Eternals run and then some. You can order it at Amazon here.

When Jack Kirby returned to Marvel in the 1970s, scores of amazing concepts would spring forth from his limitless imagination - and THE ETERNALS was his mind-blowing masterpiece! Kirby unveiled a secret history of humanity, races known as Eternals and Deviants, and a host of towering Celestials come to bear judgment on the Earth! It was a jaw-dropping saga that could have only come from the King of comics. And after Kirby's tenure ended, creators including Peter B. Gillis, Sal Buscema, Walter Simonson, Roy Thomas and Mark Texeira continued to weave stories within the epic mythology that he created! Now, thrill to the complete classic saga of the Eternals!