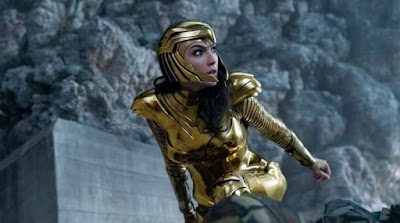 After witnessing all the hubbub about the new Wonder Woman movie going straight to TV, along with screening in theaters, due to COVID-19, and then watching that actual film, I came away thinking this thing belongs on TV.

"Wonder Woman 1984" is a small picture: Lacking in vision and execution, and failing to meet its potential. The first WW film, I thought, was great. The direction was ambitious and the story was inspiring. Gal Gadot is a charismatic star born to play this role.

The movie presented us with a true super heroine—unlike her male counterparts who are motivated by revenge and/or a compulsion to fight for truth and justice, Diana wants to help people because she likes... people. Her approach to superhero-ing is based on compassion. The scenes of her in the first film, coming to the aid of families displaced and victimized by war were genuinely moving in a way that's extremely rare for films of this genre.

The follow-up film, sadly, pales in comparison. The plot, about a magic rock that grants wishes (for real, that's it) could've come from an episode of the actual 1970s/80s Wonder Woman TV series. Or from the 1960s Batman series. Or "Gilligan's Island." It's a dumb TV episode plot extended to two and a half hours.

And rather than pit Diana against a female villain worthy of her, the main baddie is a stereotypical businessman, Maxwell Lord (played by the should've-been-given-something-better-to-do Pedro Pascal) who simply wants to be rich and famous. Kristin Wiig is on hand as the Cheetah, but on the sidelines. In the style of the 1990s Batman films, she's the prep-villain who's given an origin story here and likely to reappear later, maybe, as the major villain of a follow-up film. In my view, it's a misstep. The Cheetah should've, could've been built up as the major foe of the film, creating a more interesting story that featured two female characters in the lead roles.

Chris Pine, who's back from the dead (magic rock—that's not spoiler, it's utterly predictable) and provides a few chuckles as a displaced dude from the Forties who gets into wearing 1980s fashions. This joke is the only reason I could figure for why this film was even sent in the 80s.

What a bummer. But at least I got to see it on HBO Max, which I already pay for, rather than spending a bunch of money on it at the theater (and maybe catching the virus). 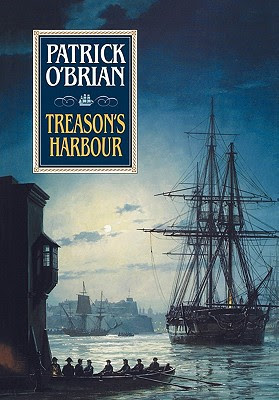 I hope you all had some time off over the holidays to relax and read. I took an extended staycation and thoroughly enjoyed it, although I did miss time with family and friends. I'm glad, at least, that I have my wife and daughter here to keep me company!

For me, the break was a great time to dive into the utterly transportive world of Patrick O'Brian and "Treason's Harbour," the ninth entry in his series about British Naval Captain Jack Aubrey and his friend, surgeon-spy Stephen Maturin, and their adventures during the Napoleonic Wars.

I've been making my way, very slowly, through these books for many years now. I'm pacing myself, because O'Brian only (only!) complete 20, and when I'm done, there ain't no more. Although, I'm hanging onto them in anticipation of simply starting over once I reach the end. In fact, I'm really looking forward to re-reading books I haven't even read, yet! That's how good they are.

If you haven't (do!), the books, of course, are full of exciting Naval battles and shipboard life and missions that mix fiction with history. But what I love most about them are the characters, who are so richly developed and real. Aubrey-Maturin are good men, but with flaws and minor foibles that amuse, disappoint and sadden us as we read about them, because they are true to life. Their friendship also is utterly real. I've never read a truer depiction of two, very different, people and the mutual respect, and necessary tolerance, that binds them together.

O'Brian's story are full of action, emotion, humor and wisdom. Reading them makes me a better, fuller, person, I think.

And this one was a real cliffhanger! I don't know that I'll be able to retain my slow pace of reading, now. 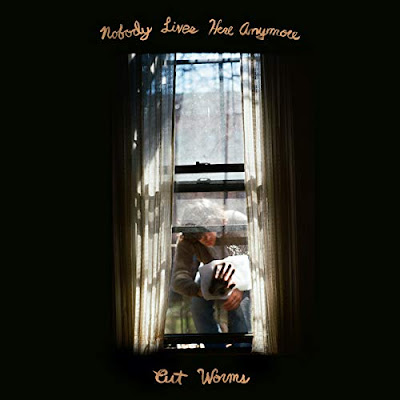 I was fortunate to get a lot of new music for Christmas. I'm sure I'll be writing about more of it. But one album I wanted to flag is Cut Worms' "Nobody Lives Here Anymore." I discovered this music via Spotify and immediately fell in love with its blending of Brill Building pop and touches of country. I didn't know anything about the creators and figured the Cut Worms were a band. Turns out there's no "the" and Cut Worms is a guy named Max Clarke, a very talented singer and songwriter from Ohio. This is a very strong LP that holds together well, and I've enjoyed earlier Cut Worms tunes that have popped up on my Spotify playlist, too. Check him/them out. It's good stuff.