Out May 28: Get On Board The Soul Train: The Sound Of Philadelphia International Records Volume 1 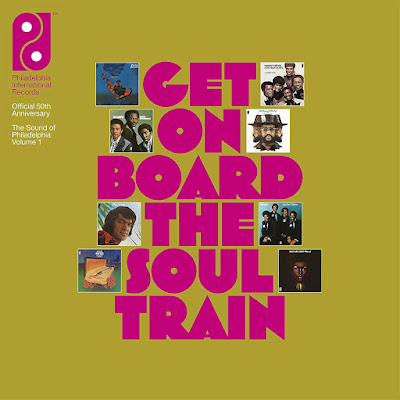 Available for pre-order now from Amazon.

This is the first volume in a limited edition series which covers the first eight studio albums released by the label from 1971-1973. The series, in which all album are re-mastered from the original tapes, will map the history of Philadelphia International Records chronologically.

Housed in a stylish 48 page slipcased book, the edition is strictly limited to 2,500 copies. It also includes a numbered certificate of authenticity, an exclusive 12" single and a unique poster.

The detailed 48 page hard cover book, including rare photographs was compiled and curated in association with PIR artists, engineers and producers, with liner notes by Tony Cummings (Author of The Sound of Philadelphia) and a foreword by Ralph Tee.