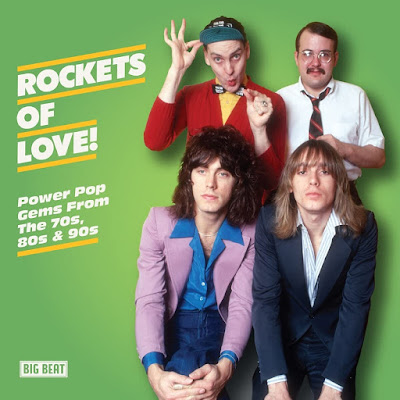 Out July 9. Order now from Amazon.

On this follow-up to our “Come On Let’s Go! Power Pop Gems From The 70s & 80s” compilation, we have extended the timeframe to cover the 90s and even include one outlier from the 2000s. There was just too much great power pop being made beyond the 70s and 80s for us to ignore. Another change to this volume is we look beyond American shores and include selections from the UK and Australia. As before, we take a broad view of power pop and you will find elements of punk, new wave, garage and various other sub-genres within. However, we can guarantee that all our selections are top-notch songs delivered with all the jangling guitars, catchy hooks, banging beats and snappy tunes that make power pop such a blast.