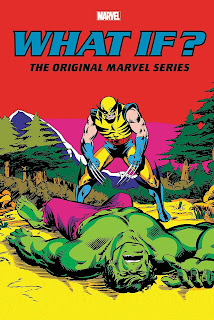 What If? The Original Marvel Series Omnibus Vol. 2
Complete your collection of the classic series in which Marvel’s best and brightest posed the eternal question: What If? The results were action-packed, thought-provoking and often tragic twists on the Marvel Universe you know! How would Peter Parker’s life change if Uncle Ben or Gwen Stacy had lived…if his clone had survived…or if Aunt May was bitten by the spider? What if Reed, Sue, Ben and Johnny never gained their powers…or there was no Fantastic Four at all? Imagine if the Thing and the Beast continued to mutate, Matt Murdock became an Agent of S.H.I.E.L.D., or Captain America became President! Phoenix and Elektra don’t die…but Yellowjacket and the Invisible Girl do! Dazzler becomes the herald of Galactus, Wolverine kills the Hulk, Iron Man is trapped in the past, Thor meets Conan the Barbarian…and much more!
COLLECTING: What If? (1977) 23-47 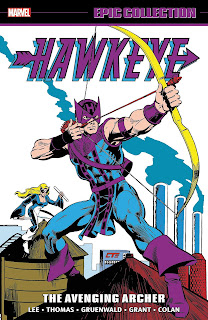 Hawkeye Epic Collection: The Avenging Archer
Earth’s Mightiest Marksman! Follow Hawkeye’s career from his debut to his first solo adventure — and beyond! Though Clint Barton debuted as a foe of Iron Man and love interest to the deadly Black Widow, the sharpshooter soon reformed and joined the mighty Avengers, becoming a force for good…and a thorn in Captain America’s side! Now, learn Hawkeye’s hidden history, thrill to his size-changing stint as Goliath and unforgettable team-ups with Spider-Man and Ant-Man, witness his battles with the bizarre Death-Throws, and more! Plus, the heroic career of Hawkeye’s bride-to-be Mockingbird!
COLLECTING: Hawkeye (1983) 1-4; Avengers (1963) 16, 63-65, 189, 223; Marvel Team-Up (1972) 22, 92, 95; Captain America (1968) 317; material from Tales of Suspense (1959) 57, 60, 64; Marvel Tales (1964) 100; Marvel Fanfare (1982) 3, 39; Marvel Super Action (1976) 1 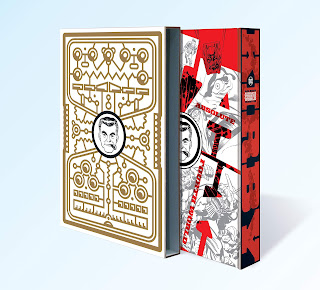 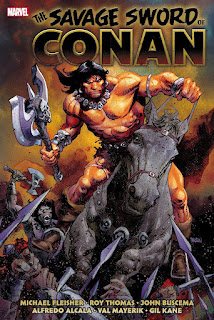 The Savage Sword of Conan: The Original Marvel Years Vol. 6
In this massive Omnibus collection, writer Michael Fleisher hits his stride with a series of mold-breaking Conan tales like “The Temple of the Twelve-Eyed Thing,” “Demons of the Firelight” and “Dominion of the Bat” — illustrated by top talents including Alfredo Alcala, Ernie Chan and, of course, the one and only John Buscema! Meanwhile, X-MEN superstar Chris Claremont pens an adventure that pits Conan against the minions of Thoth-Amon in a tour de force drawn by Val Mayerik! Conan legend Roy Thomas is also on hand to tell solo stories of Conan’s “Red Nails” colleague, Valeria. Rounding out this volume are the conclusion of John Buscema’s “Bront” — and extensive articles on, and the comic book adaptation of, the blockbuster Conan the Barbarian film!
COLLECTING: Savage Sword of Conan (1974) 73-87, Marvel Comics Super Special (1977) 21
New comic book releases