The Jack Flanders adventures have been a fixture of my life since I first happened across "The Fourth Tower of Inverness" at age 9 or 10 on my local college radio station. 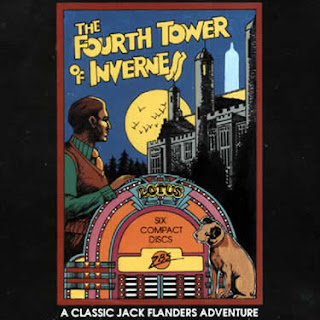 I got hooked, and remained so for the next 40 years. Over the past couple years I've rediscovered Jack, listening to many of his most-recent adventures in the car while making occasional trips for work, criss-crossing my state.

The voice of Jack was that of Robert Lorick, a New York theater actor, who gave full life to this "cosmic tourist."

Jack's adventures, penned by Meatball Fulton (aka Tom Lopez), took the character to Morocco, Brazil, Bali and through mysterious realms outside our world and, sometimes, deep inside Jack's own head. They are funny, perplexing, exciting and wise. And Jack, as voiced by Lorick was all that, too. 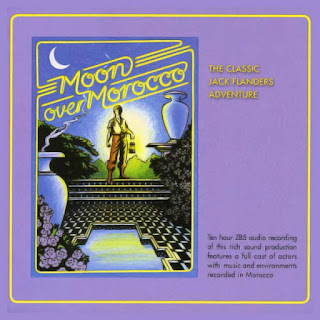 His Jack could be calm one moment, sharing bits of arcane wisdom he'd gleaned from Eastern religions, Arab proverbs, foreign novels and Tagore poems, and a grump or a goofball the next - complaining that he needed his morning coffee, making terrible puns or exclaiming "feet don't fail me know!" when trying to outrun a dragon set loose in his friend Dr. Mazoola's laboratory.

If you haven't heard "The Fourth Tower," "Moon Over Morocco," "Dreams of Rio," or any of the other 20-some Jack Flanders stories recorded between 1974 and now, you really should.

Listening to the stories as an adult, I realize how much they've helped shape my life. In my best moments, I hope I'm like Jack in his: Open-minded, clear-headed, appreciative of and bewildered by the mysteries of our world, and ready for adventure. But I have plenty of my own grumpy, goofball moments, too.

When I heard the news earlier this week that Robert Lorick had died, it was a bit like losing an old friend, albeit, one I'd never met, or even seen a picture of, in real life.

It wasn't until Tom Lopez shared this image of Lorick that I'd seen what he looked like - different from the Jack of my imagination, but then I figured he probably was. 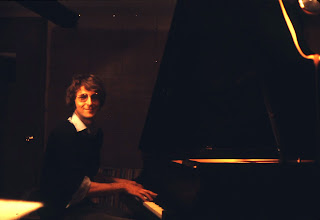 I'm going to share Lopez' own tribute below, but before signing off, I want to thank him and Lorick for all the great stories, which I'll return to again and again.

If you want to learn more about Jack and the many other characters featured in the ZBS Foundation audio adventures Lopez writes and produces, check them out. They don't appear on the radio as much anymore, but they can be easily downloaded and, soon, streamed. They come with my very highest recommendation.

In Memory of Robert Lorick by Tom Lopez

Robert Lorick died last week. As many of you know, Robert was the voice of Jack Flanders. Jack came into being in 1972 with The Fourth Tower of Inverness. It was a fluke that Robert got the part. 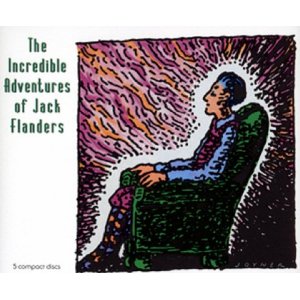 Fulton, who wrote the script, and all the other Jack adventures, had a different actor in mind. But when there was a scheduling problem, Valerie who was to play Lady Jowls, said, “I know just the person.” She had Robert call, and he did an audition on the phone. “I was thinking of someone a bit more macho, more an adventurer,” Fulton said. “But when I heard his voice, there was a kindness, a sensitivity, a sense of humor, and I thought, why not?”

And so Jack Flanders came into being, he was a collaboration between Fulton and Lorick. Robert enjoyed playing Jack, especially coming up here to spend days recording in the country.

The photo above was taken in our studio in 1972. As you can see, he was a pretty suave looking guy. Probably not what you thought Jack looked like. When it comes to radio, actors rarely resemble what you envision. Robert had written a couple of successful Broadway musicals. One was “The Tap Dance Kid,” played by Gregory Hines. So whenever Robert came up to ZBS (this is back in our radio-commune days), we’d all sit around our long dining table, and pester Robert to tell us stories about Broadway. Robert was a writer, he had a lot of stories to entertain us with. And he was so charming, so sophisticated, we started calling him, “Broadway Bob”

I know that sounds slick, and the photo above may appear to confirm this, but he wasn’t at all. He was a very kind, generous, thoughtful person, with a droll sense of humor.

We have so many stories to tell about Robert, after all we’ve known and worked with him for 44 years now.

The Voice of Chanel 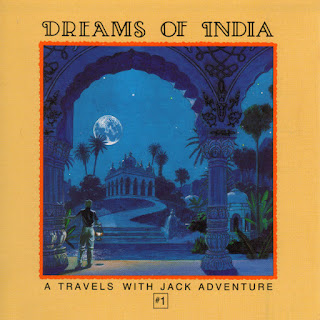 You may be surprised to know that Robert was the voice of Chanel. Yes, that Chanel. You could hear his voice on their commercials. Of course he didn’t sound like Jack, but he certainly sounded suave.

Robert lived in Manhattan. In 1973, a year after recording “The Fourth Tower,” he was standing on a corner in NYC, waiting for the light to change, a couple guys asked him for a cigarette, Robert explained he didn’t have any. When the light changed, and he stepped off the curb, one of them shot him in the back. He fell into the street, lying there unable to move, watching the car tires coming at him and then wheeze past his head. The bullet was lodged next to his spine, the doctors didn’t dare remove it. The bullet remained there for the rest of his life. Robert often walked with a cane.

This happened while Fulton was traveling in Morocco recording sounds for “Moon Over Morocco.” When he spoke to Robert on the phone some weeks later, he could hear his pain, and asked if Robert felt he could record, sitting in a studio for hours at a time. Robert said, no problem. 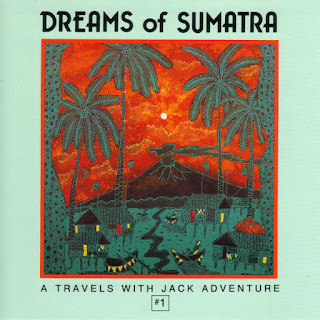 It didn’t matter what was going on in Robert’s life, he was always eager to do another Jack Flanders story. So to make things easier for Robert with “Morocco,” so Jack didn’t have to carry the whole story by himself, Fulton wrote in a couple more main characters, Kasbah Kelley and Mojo Sam.

Our studio is located in a separate building. After a day of recording episodes for “Morocco,” Robert would get up and slowly, somewhat painfully, lean on his cane and walk to the main house. But he never complained. And he recovered, though he continued to use his cane.

In 1980, Robert was back in the hospital. He was there for weeks. The doctors had no idea what it was, he getting weaker by the day and thought, maybe this is it? Finally a young doctor from India examined Robert, then took a pencil and made a little dot on the back of Robert’s hand. He said, “This is the size of the bug that bit you.” It turned out to be one of the first cases of Lyme Disease. With antibiotics, he recovered.

Over the last year, Robert was in and out of the hospital. He was on dialysis, he needed a kidney. He was a tall guy, 6’ 2”, he’d lost a lot of weight. We didn’t know if he’d be able to record “The Green Velvet Chair.” But Robert kept assuring us, he can do it. He was able to get a portable dialysis machine, and have a friend drive him up here. He’d lost a lot of weight, he was using a walker. While he was taking a break to do his dialysis, we’d record the other actors. He looked frail, but he still had his sense of humor, and his voice sounded great.

Fulton has been writing “The League of the Green Velvet Chair.” But he knew Robert’s health was fading. So to take some of the burden off Robert, he wrote in other characters to join Jack & Mojo in Inverness. The script wasn’t completed, we don’t know what he’ll do with it now.

Even though we knew Robert was in poor health, we were stunned to hear of his death. We still are. I end this with sadness, sniffles, sighs and damp eyes. My wife may have said it best, “He was a wonderful man.”
at January 29, 2016