Not Don Draper: The guy who really wrote the Coke ad "I'd Like to Teach the World to Sing" died this week.

Via Crivens! Comics and Stuff: A nice collection of pin-ups from Marvel Masterworks volumes. 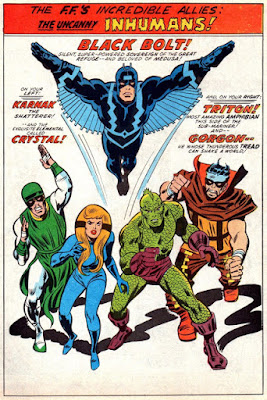 This was a week of auspicious music anniversaries. We noted the 50th anniversary's of the Beach Boy's Pet Sounds and Bob Dylan's Blonde on Blonde, both released on May 16, 1966, on our Pop '66 page.

But this week in 1966 also marked the half-century anniversary of the infamous "Judas!" incident at Dylan's Manchester Trade Hall show in Britain. The BBC has this account:


Little did they know what was to come. Returning for the second half, Lee says drummer Mickey Jones "blasted into Tell Me, Momma [and] it was the loudest thing I'd ever heard".

He says that at the end of that first number, "people were bewildered, shell-shocked even", but shortly after, the protests began.

"Throughout the second half, people started slow hand-clapping. Groups of people were standing up, facing the stage accusingly and then walking out.

"There were random shouts here, there and everywhere."

And then there was a shout from the circle - "Judas". Lee says the heckle stung Dylan "to the quick".

"He lets the guy have it. You can really see that he has rankled Dylan.

"The look on his face... he turned around and said 'I don't believe you'. It was an incredibly antagonistic moment." 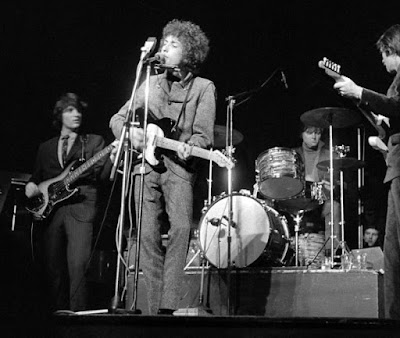