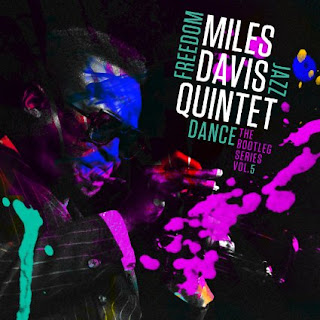 "Circle," "Orbits," "Dolores" and "Freedom Jazz Dance" were recorded at the historic Columbia 30th Street Studio in New York City on October 24, 1966. "Gingerbread Boy" and "Footprints" were recorded at the same location the following day, October 25, 1966. Full session reels – every second of music and dialogue – that were taped for the Miles Smiles album are included. Prior to this the only material ever released from the classic album were the master takes for the six songs. Never before have the full session reels for an entire Miles Columbia album been released, here providing an in-depth look at the studio process of one of jazz's greatest bandleaders, and arguably the greatest small jazz group ever.

"Masqualero", heard on the set in a previously unreleased alternate take, was recorded at Columbia 30th Street Studio on May 17, 1967. "Water Babies" and "Nefertiti" were recorded there on June 7, 1967. "Fall" was cut at the Columbia studio on July 19, 1967. Complete session reels for "Water Babies", "Nefertiti" and "Fall" are included in the box.
"Country Son", heard in a unique previously unreleased rhythm section only rehearsal, was recorded at Columbia Studio B in New York City on May 15, 1968.

Sourced from original four-track analog session reels and master tapes transferred and mixed in high resolution at 24-bit/192 kHz, Miles Davis Quintet: Freedom Jazz Dance: The Bootleg Series, Vol 5 offers a profound and intimate look at Miles' creative process in the studio, providing insight into the bold new musical directions Davis and members of his quintet would take as the 1960s drew to a close.

Email ThisBlogThis!Share to TwitterShare to FacebookShare to Pinterest
Labels: coming up, Miles Davis