Collected editions of note out this December. Click the links to order discounted titles from Amazon. 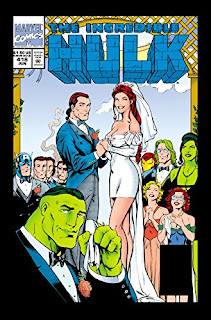 Incredible Hulk Epic Collection: Future Imperfect
Witness the terrifying future of the Incredible Hulk! Could our hero truly be destined to rule a ravaged world with a gamma fist as the despotic Maestro?! Or will a time-torn Bruce Banner be able to change his own nightmarish fate? One of the greatest Hulk tales ever told fully earns its Epic status! Plus, more adventures with Bruce, Rick Jones and the Pantheon! A monster at Loch Ness - but not the one Hulk went looking for! A showdown with Nick Fury! A royal rumble with Madman! Hulk and She-Hulk double-team the Bi-Beast! Silver Surfer and the Starjammers join the intergalactic Trojan War! And Rick is getting married...if he can survive his bachelor party!
COLLECTING: VOLUME 20: INCREDIBLE HULK (1968) 407-419, ANNUAL 20; HULK: FUTURE IMPERFECT 1-2; INCREDIBLE HULK ASHCAN EDITION; MATERIAL FROM MARVEL HOLIDAY SPECIAL 3 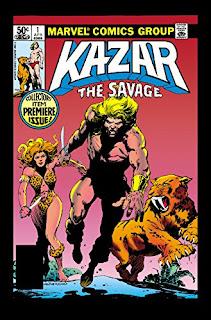 Ka-Zar: Savage Dawn
A new world for the jungle lord! A hunt for his faithful four-legged friend Zabu takes Ka-Zar beyond the Savage Land...into the ancient paradise of Pangea! But from shining citadels to the lofty heights of the Aerie Shalahn, it's filled with newfound friends - and fresh dangers! Caught between bird-people and pterons, will Kevin Plunder plunge to his doom, or fi nd new love? One way or another, things are going to get complicated for him and Shanna. Because, just as Ka-Zar grapples with exactly what he wants, for some reason the so-called she-devil isn't quite herself. As Ka-Zar wrestles with his restlessness, the stakes become life and death! Savage tales from a series that is one of Marvel's hidden gems!
COLLECTING: KA-ZAR THE SAVAGE 1-5 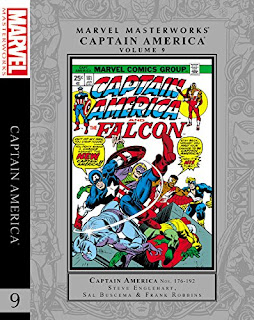 Captain America Masterworks Vol. 9
Englehart, Buscema and Robbins bring you one of the most influential Captain America sagas of all time in the latest Marvel Masterworks. Disillusioned by government corruption and the revelations behind the Secret Empire, Steve Rogers renounces his role as Captain America. The Falcon fights on while Rogers wrestles with his place in the world, becoming Nomad, a man without a country. In his new identity, he must overcome the power of Madame Hydra and the mystical Serpent Crown. Then, the return of the Red Skull forces our hero to make a choice, with the Falcon's life hanging in the balance.
COLLECTING: CAPTAIN AMERICA (1968) 176-192, MATERIAL FROM FOOM (1973) 8 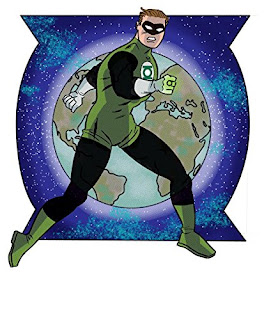 Green Lantern Silver Age Omnibus Vol. 1
The first adventures of the greatest Green Lantern of all-time, Hal Jordan, are now collected in their entirety, starting with GREEN LANTERN: THE SILVER AGE OMNIBUS VOL. 1! These are the tales that introduced Hal Jordan and feature his induction into the Green Lantern Corps. Also included are the intros of the Guardians of the Universe, Star Sapphire, Sinestro and more! These classic stories from one of the greatest eras of comics are featured here in a gigantic omnibus edition, GREEN LANTERN: THE SILVER AGE OMNIBUS VOL. 1! Collects SHOWCASE #22-24 and GREEN LANTERN #1-45. 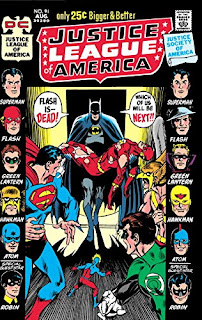 Justice League of America Bronze Age Omnibus Vol. 1
In these adventures of the Justice League from the early 1970s, classic members of the League including Superman, Batman, the Flash, Green Arrow, the Atom and Black Canary meet the JSA, the Seven Soldiers of Victory, and take on the most ruthless villains in the DCU! These stories ushered in the Bronze Age of comics and were written by one of the masters of the form, Dennis O'Neil.
Collects JUSTICE LEAGUE OF AMERICA #77-113. 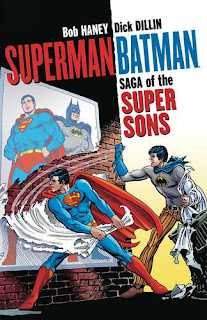 Superman/Batman: Saga of the Super Sons
The epic story featuring the sons of the Man of Steel and the Dark Knight is finally back in print in SUPERMAN/BATMAN: SAGA OF THE SUPER SONS!
Superman, Jr. and Batman, Jr. grew up in the shadows of their fathers, two of the greatest heroes that ever lived! With burgeoning abilities as well as a super-powered pedigree, how can these two Super Sons learn how to be the same fighters of justice as Superman and Batman? When the daughter of Lex Luthor strikes, they'll have to grow up in a hurry.
These classic tales, penned by legendary writers Bob Haney and Denny O'Neill and illustrated by Dick Dillin and Curt Swan are now available in one complete volume. Features stories from the pages of WORLD'S FINEST COMICS #215-216, #221-222, #224, #228, #230, #231, #233, #238, #242, #263 and ELSEWORLDS 80-PAGE GIANT #1! 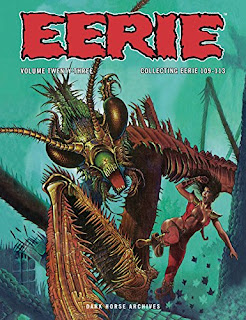 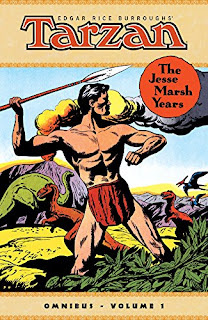 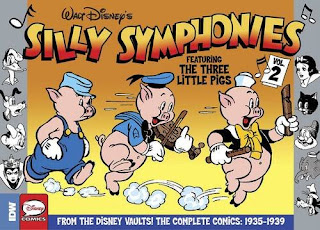 Silly Symphonies: The Complete Disney Classic Vol. 2
This second of four volumes presents the spectacular Sunday pages from 1935 to 1939, featuring the first comic strip adaptation of a feature-length film―Snow White…the original Donald Duck series, plus the Three Little Pigs (and the Big Bad Wolf, of course), Elmer the Elephant, Pluto, Goofy, and the Three Little Kittens. The artwork for these rare strips has come straight from the Disney vaults, each page meticulously colored using as a guide the original file copies that belonged to Walt Disney himself! 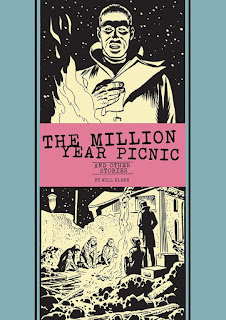 EC Library: The Million Year Picnic and Other Stories
This collection includes all 15 of Elder’s humorous Panic stories (The Night Before Christmas” got the first issue banned in the entire state of Massachusetts); all seven of his science fiction tales from the pages of Weird Science and Weird Fantasy (including two Ray Bradbury adaptations, "The King of the Grey Spaces!” and “The Million-Year Picnic"); and a special horror story that hasn’t been seen since its original publication more than 60 years ago. Black & white illustrations throughout. 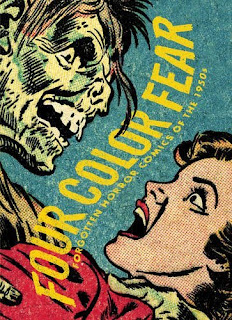 Four-Color Fear: Forgotten Horror Comics of the 1950s
Although EC is the comic book company most fans associate with horror, during the genre's peak (1951-54) more than fifty titles appeared each month. Four Color Fear collects the finest of these into a single robust and affordable volume. Jack Cole, Steve Ditko, George Evans, Frank Frazetta, Alex Toth, Al Williamson, Basil Wolverton, and Wallace Wood contribute both stories and covers, with many of the forty full-sized covers created by specialists Bernard Baily, L.B. Cole, William Eckgren, and Matt Fox. 304 pages of color comics.
at October 13, 2016