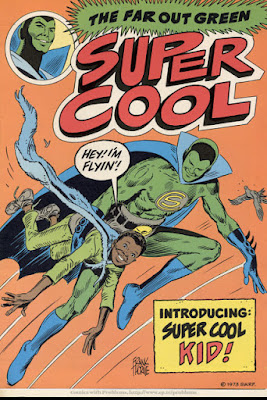 Via BoingBoing: A 1940s column in which sci-fi writer Thomas S. Gardner claims comic books are hurting the genre, but won't last.


"Science Fiction is being guffawed, ballyhooed, and ridiculed out of existence. The readers and magazines are being classified as morons as a result of the comic books."

Luckily, though, the prescient Gardner predicted comic books wouldn’t be around for long.

"The comic magazines are a fly-by-night affair in all probability. The fact that few appear for the second issue but start out with a new series hoping to sell the first copies is pretty good proof of their impermanence."

Cartoonist Jack Chick, whose fiery, oddball "tracts" promised eternal damnation and hellfire for those who didn't accept Jesus as their personal savior, passed away this week. The Los Angeles Times has a story here.

I used to occasionally find Chick's publications in various places - bus stations and the like. And, as reprehensible as I found his hateful and reactionary views (anti-gay, anti-Catholic, anti-Muslim, anti-science, etc., etc.), I always found his comics compelling in an outsider art sort of way - simultaneously interested and off-putting.

Here's hoping Chick encounters an afterlife that's much more welcoming than the one he so often portrayed. 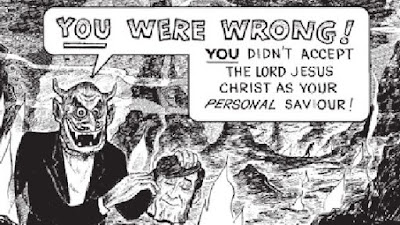