I like this Adventure Team-style figure available via Hasbro's G.I. Joe Club Store. Brings me back to my 1970s youth. 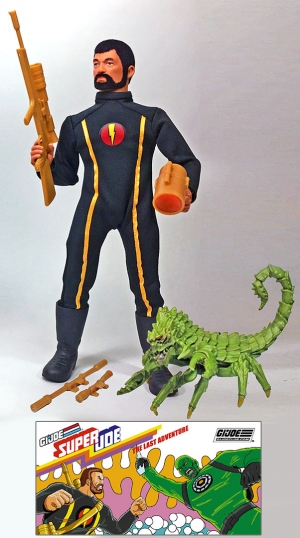 This is a 12” figure homage to the short lived 8” Super Joe figures from the late 1970s! This SUPER-articulated figure comes dressed in his classic black uniform with insignia, yellow piping and tall black pull-on boots! His hair and beard are flocked (unlike the original 8” figures molded beard) and he comes with an “Ion Emitter” and “Plasma Rifle” presented in the classic SUPER JOE color scheme. Also included is an enemy Beast mutated by Terron Industries! Mini comic included! Quantities are SUPER limited!
at March 02, 2017