From Plaid Stallions: A Message to the Toy Industry from 20th Century Fox. 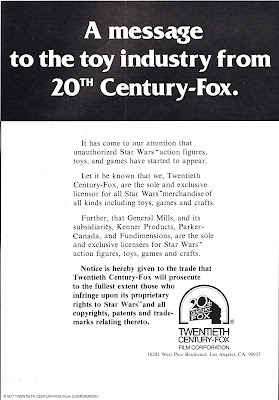 Via Four-Color Shadows: DC's Pvt. Doberman, with the great Bob Oksner illustrating tales featuring the Sgt. Bilko character. It's a pity stuff like this doesn't get re-printed along with the superhero titles. 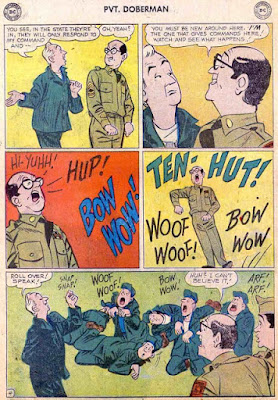 
“Jack was a wonderful guy. He could connect to anybody. He was just interested in people… Always gave people the time.” Here he recalled the time that Evanier and himself were at the second house that Mr. Kirby moved into when he lived in the Thousand Oaks area. “The house had a big section of gravel in front of it. In comes Joe Kubert (a comic book artist who worked at DC) and his family in the largest R.V. that I had ever seen… The next day, Jack had drawn what looked like a huge R.V. with thrusters on the side of it and put it into the comic he was doing at the time… He just could take anything that he found fascinating and incorporate them into his stories.” 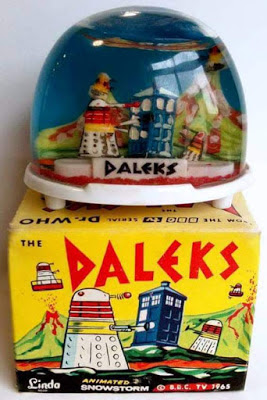 Via Comic Book Resources: How does Superman cut his hair?