Graphic artist Ira Schnapp created a whole mess of cool logos for DC Comics back in the Silver Age. These are some of the best.

Tom Baker has returned as "Doctor Who" to voice lost segments of the show's 1979 "Shada" serial, the BBC reports.

Shada, which was filmed in Cambridge, was created in 1979 for the end of the show's 17th series.

But strike action at the BBC meant studio scenes were never completed and the episodes were abandoned.

It will be released on BBC Worldwide with the original footage combined with new colour animations and voiceovers to complete the story.

The newly-recorded lines from Baker as the Doctor and Lalla Ward as his companion, Romana, will follow the original script by Douglas Adams, the creator of Hitchhiker's Guide to the Galaxy. 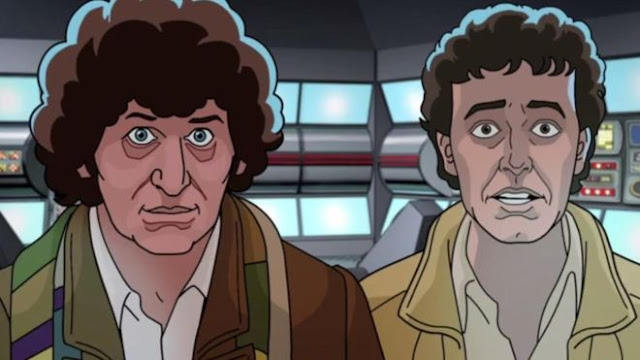 Via Back in the Bronze Age: 1970s Halloween costumes. 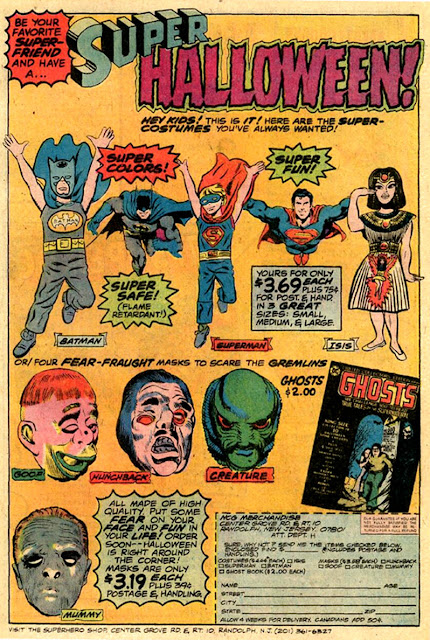 Via the Mego Museum forum: A gorgeous gallery of Aurora monster models. I was never that good at glueing and painting these things ... 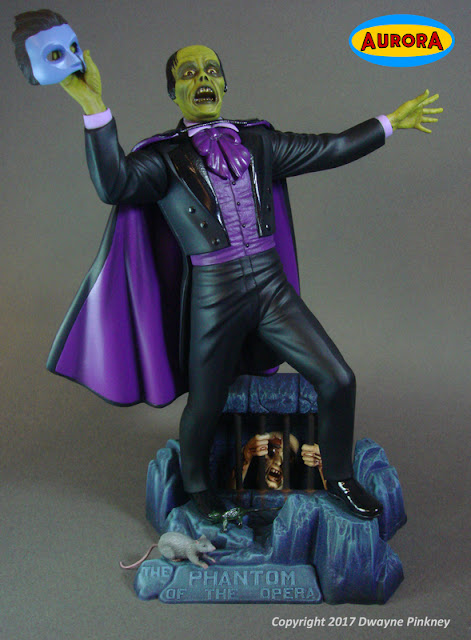