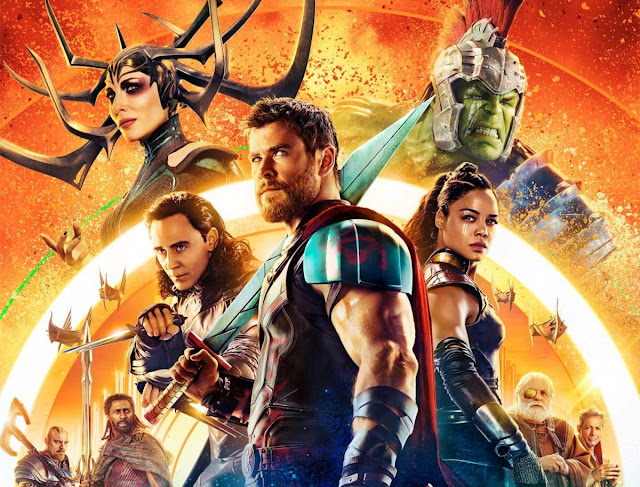 Why would a god take himself seriously?

Thor has been around for thousands of years. He's battled legions of monsters, aliens and super-villains and he's come out of it with bruises and scratches, but really no worse for wear. If not impossible to kill, he's near to it.

So, when the Thunder God finds himself in a scrap, he's light-hearted about it, and that's the overall tone of "Thor: Ragnarok." While titled after the Norse apocalypse, a foreseen time when all gods will die, this movie is a near-farce, and a very funny one. Though violent and full of action, the quips fly faster than the punches. After all, figures Thor, is his number's up, he's had a good ride and he might as well exit laughing.

Some fans may think it's too much, that the film is too silly and verges on parody and misses the gravity of the Thor comic books, but I think Marvel and director Taika David Waititi took the right approach. Adding in the humor allows the film to go completely over the top. Things are moving too fast, and the lines are too funny, for you to pause, reflect and realize how ridiculous it all is.

This is the first Thor film set almost entirely away from Earth, or Midgard, as Thor and his pals call our little blue marble. Thor is also apart from his prior love interest, Jane Foster.

When Jane, or another normally powered mortal is present, there's a real risk or harm and death, and Thor must be protective. Here, he can let the other characters fend for themselves. While there are battles and some Asgardians do get injured and, I guess, die, there's little sense of real peril without any regular humans around. It's another reason why the comedic approach works so well.

Chris Hemsworth, as we've seen in the previous Marvel movies and in his funny performance in the recent "Ghost Busters" film,  is gifted with a nice comic touch in addition to his super-heroic physique and good looks. It's a blast watching Thor interact with Doctor Strange, the Hulk, Valkyrie (played by the engaging Tess Thompson) and pretty much everyone else in the film.

While still not entirely convincing the CGI Hulk here has personality and the sense in which he and Thor argue over who is the strongest Avenger are a lot of fun. Even more so, however, are the scenes in which the Hulk transforms back into Bruce Banner, and we see Hemsworth goofing with Mark Ruffalo, who's shell-shocked to find himself on a weird alien world and, later, in Asgard itself.

Cate Blanchett, who is nigh unrecognizable in her huge Jack Kirby-styled headdress (crown? whatever), has fun in her role as Thor's bad big sister, Hela, slinking around and purring her nasty lines like a noveau Julie Newmar. And Tom Hiddleston is back again as Thor's other troublesome sibling, Loki.

And, even if they don't cotton to the humorous tone, Marvelmaniacs should still find a few things to love here. Along with Hela's headgear, there are lots of visual touches that come director from the Kirby and Walt Simonson Thor comics, along with numerous "in" reference to past storylines, such as Thor recounting the time when Loki turned him into a frog.

Other Easter eggs include cameos by Matt Damon, Hemsworth's brother Luke, and Sam Neill, along with, natch, Stan Lee in perhaps his best and funniest appearance in a Marvel film yet. 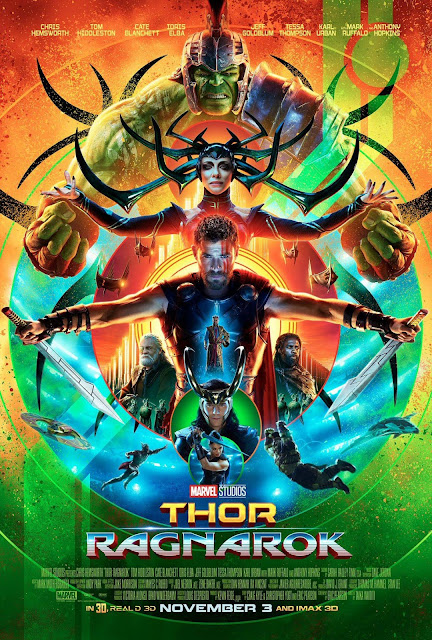