This is a reflection of two things, how painfully slow we make progress in the United States (if we make it at all), and how ahead of the curve Jack Kirby was.

Kirby, with Stan Lee, created the Black Panther in the mid 1960s acknowledging that Marvel had black readers, but no black characters. 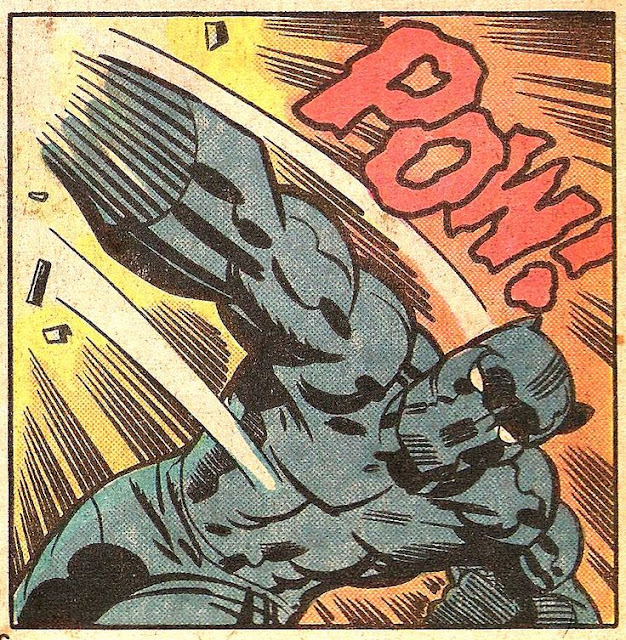 Kirby, in his own gruff manner (he was  a World War II combat vet who chain-smoked Roi-Tan cigars), put it this way:

"I came up with the Black Panther because I realized I had no blacks in my strip. I’d never drawn a black. I needed a black. I suddenly discovered that I had a lot of black readers. My first friend was a black! And here I was ignoring them because I was associating with everybody else. It suddenly dawned on me — believe me, it was for human reasons — I suddenly discovered nobody was doing blacks. And here I am a leading cartoonist and I wasn’t doing a black." 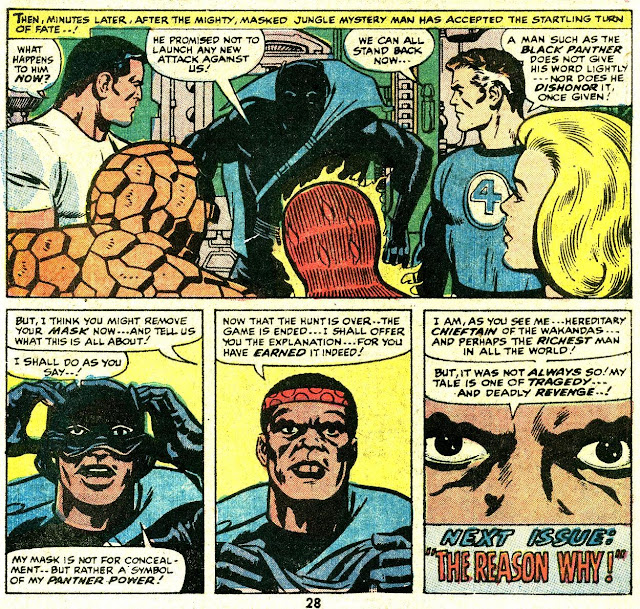 “I really think my father created and introduced the Black Panther because it was the right thing to do at the time,” said Kirby's son Neal. “It broke all the stereotypes—a black super hero with a scientific brain. It’s no secret that my father was very socially liberal, and I think he saw this as his personal way of making a statement and ‘joining’ the civil rights movement.”

Kirby initially named the character the Coal Tiger and did this character design. However, this was quickly changed to Black Panther - a name that pre-dates the black rights movement group of the late 1960s. 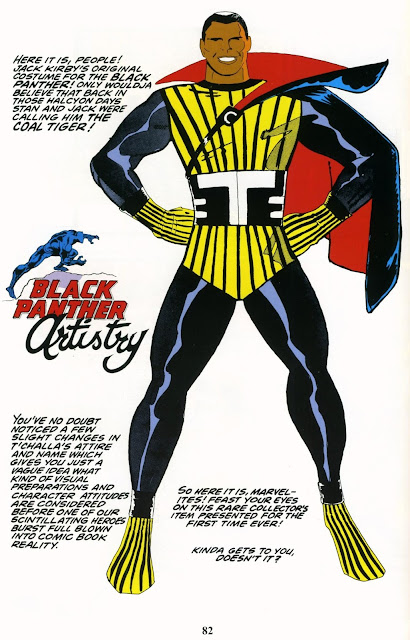 Black Panther made his first appearance in Fantastic Four #51 in a story plotted and penciled by the artist and scripted and edited by Lee.

The character made appearances in Captain America and The Avengers and in a solo, backup strip in Daredevil before landing his own series, in Jungle Action, starting in 1973. This was a memorable run, not created by Kirby, but scripted by Don McGregor with art from Rich Buckler, Gil Kane, (not that) Billy Graham and others. 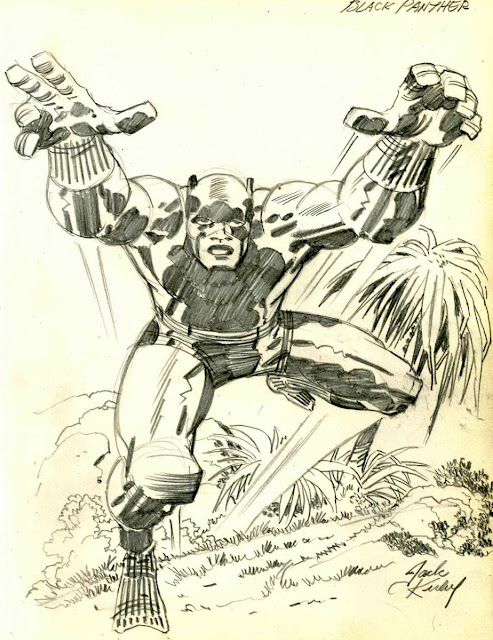 Kirby, who'd been working for DC Comics for several years, returned to Marvel in the mid-1970s and did a 12-issue stint on a new Black Panther series, which he wrote, drew and edited, from 1977-78.

Here's a selection of art from that series and from Kirby's 1960s work on the character. 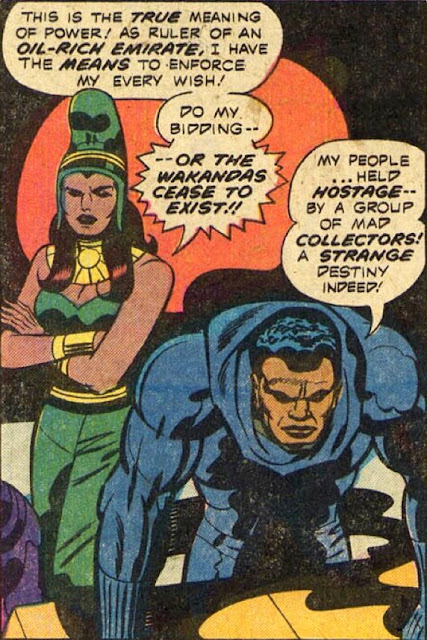 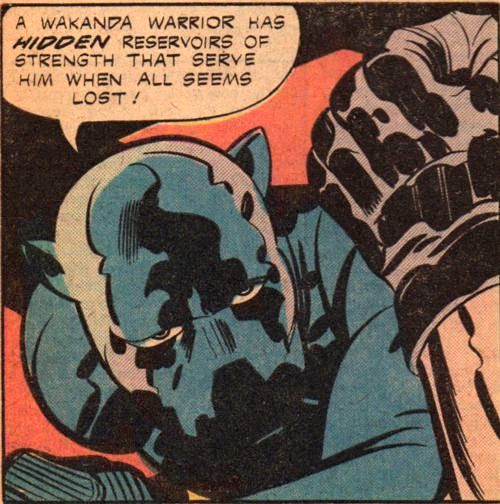 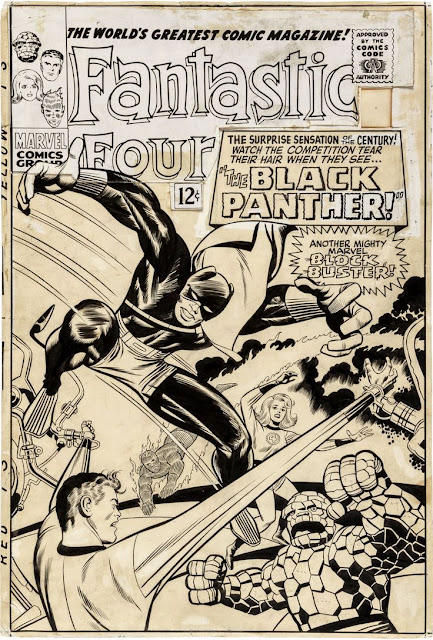 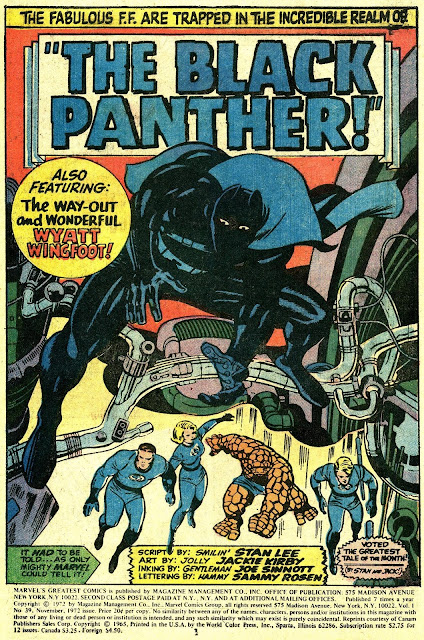 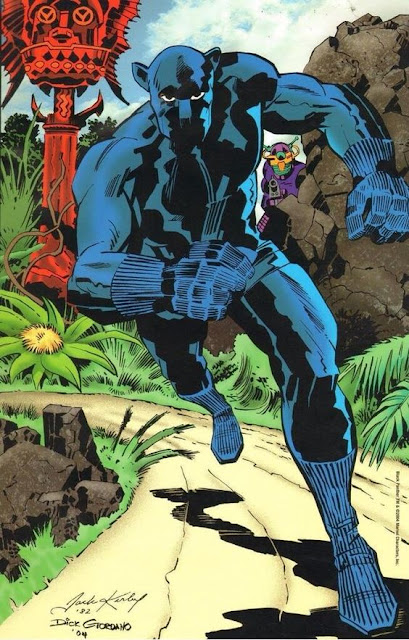 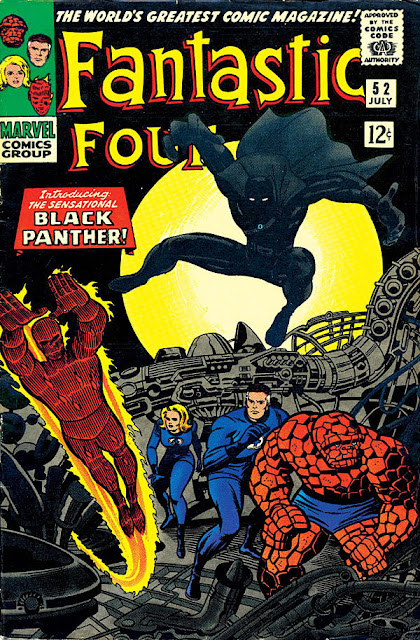 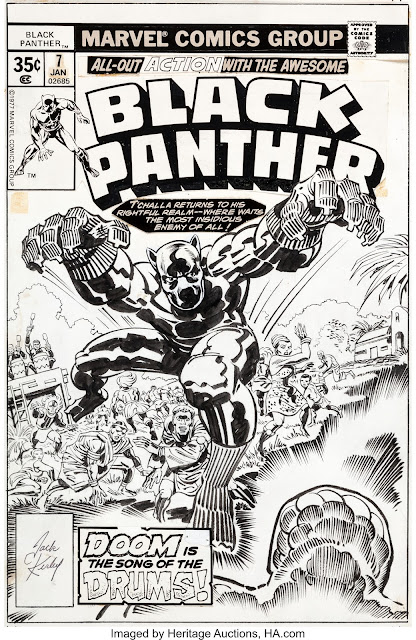 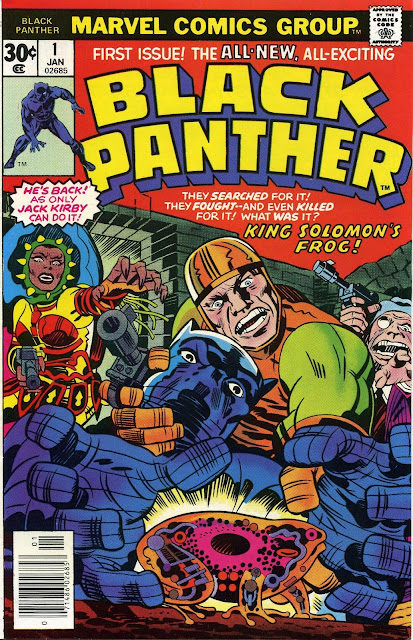 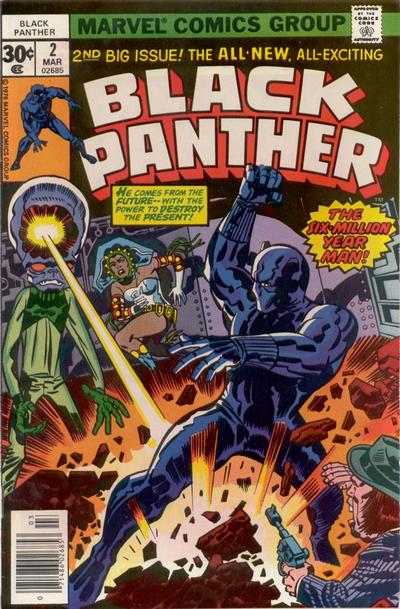 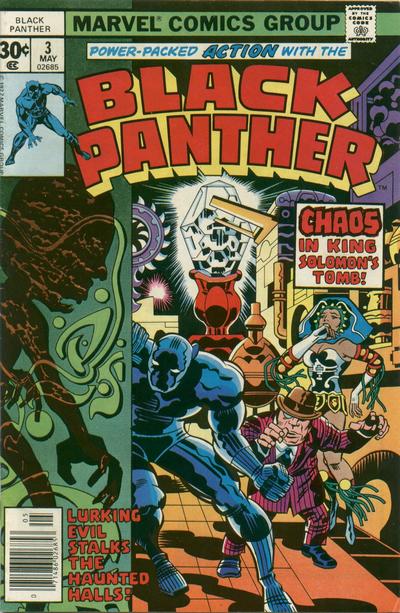 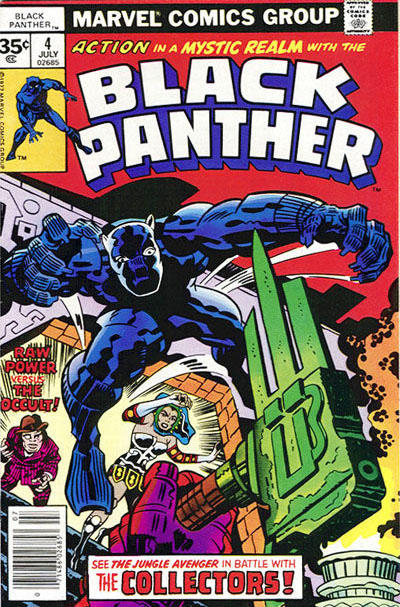 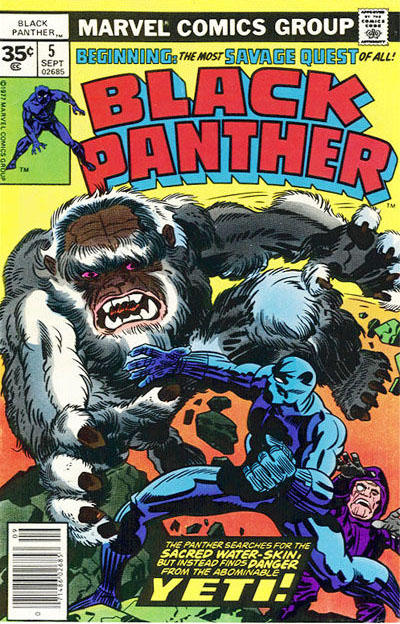 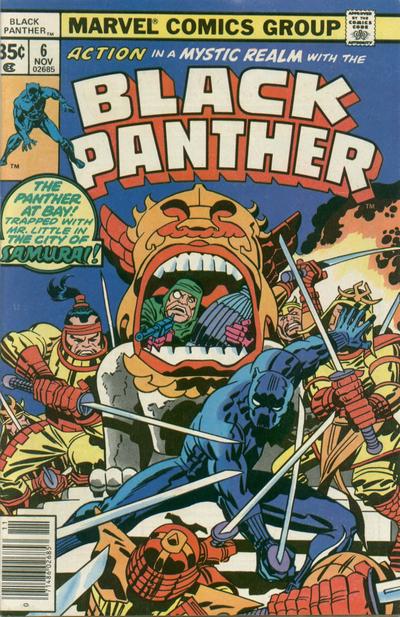 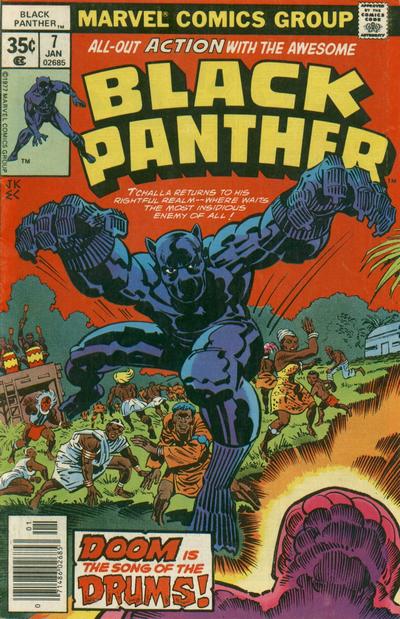 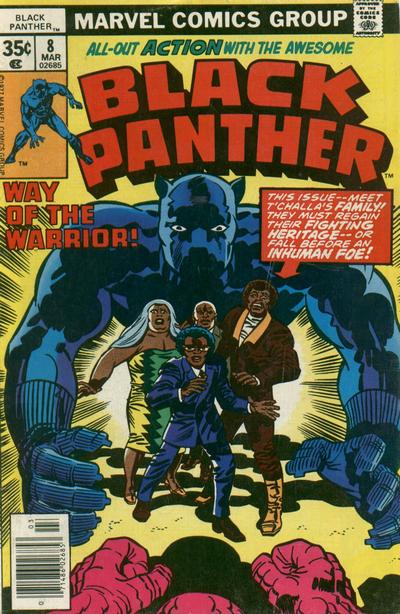 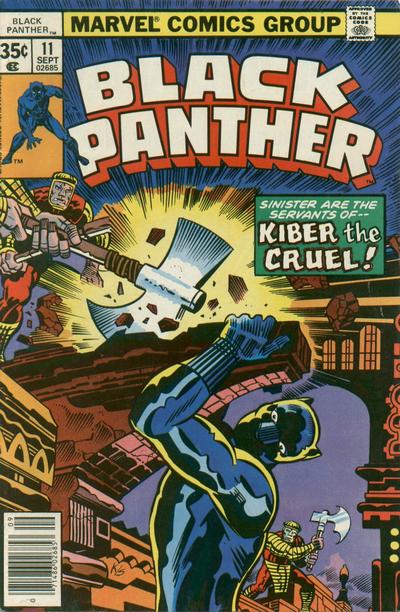 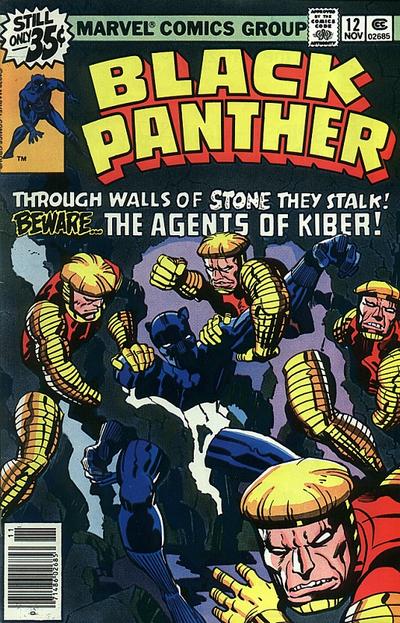